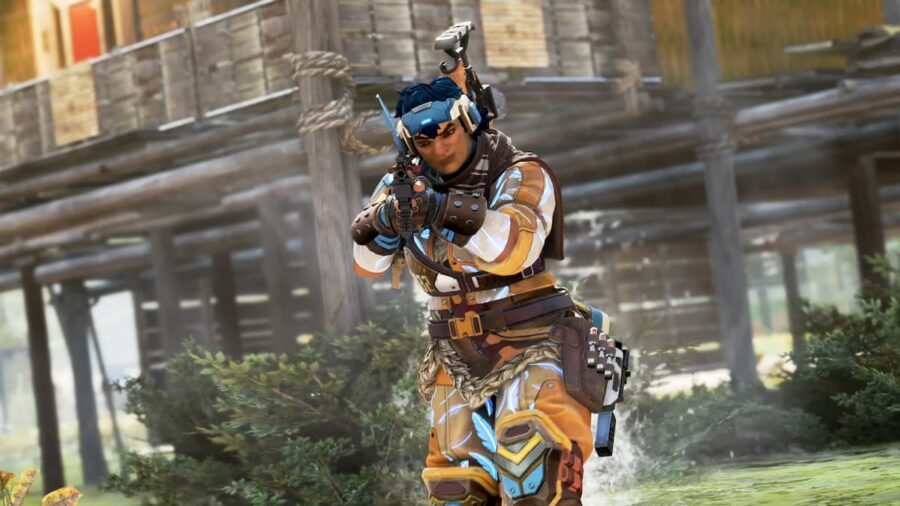 Apex Legends Season 14 has arrived and players are facing numerous glitches while playing Battle Royale. One of the glitches revolves around the Heat Shield survival item, and throwing it down automatically equips it on a Legend's head. This issue was spotted by a player using the new Legend Vantage, but it has occurred in the game before. Players are naturally wondering about these issues, and here's what you need to know if you are facing them in-game.

As shown by Reddit user u/JomzYT in the Apex Legends subreddit, equipping the Heat Shield while outside the zone automatically puts the survival item on top of a player's head. This glitch is similar to the previous season's Crypto glitch, where players could place the Heat Shield on top of Crypto's EMP Drone. This bug was also active when players used it with Mad Maggie's Tactical ability. Essentially, it allows players to move while having the Heat Shield equipped. So in theory, one can run towards the circle from outside the zone without taking too much damage.

The 30-second clip from u/JomzYT features Vantage throwing down a Heat Shield which immediately equips onto her head. While some suggest that this is because of Echo's hitbox, others highlighted that this has happened before with other Legends. Reddit user u/Stidge highlighted in comments that Echo's physical state is still visible even if the little bat is holstered. The actual reason behind this glitch remains unknown, and players can expect it to be fixed soon. However, if you are curious and want to try it out yourself, we recommend not doing it as it may very well fall under exploiting a glitch in-game.

This is not the only glitch players are facing in Apex Legends Season 14. Another interesting glitch interchanges Legend abilities, allowing different characters to perform various skills. Imagine being able to use Valkyrie's ultimate even when the character isn't a part of the team. While these glitches pop up randomly in-game, it is best not to exploit them. Nevertheless, if you are facing this issue, report it immediately, and keep an eye on Respawn's official Twitter for updates.