Our Archero Beginner Tips & Tricks Guide will give you some valuable knowledge on your way to becoming a master at the game! This can be a tough game early on, so it's good to get some extra information as you are starting out in the game.

Archero is very much like a roguelite, in that you play the game and once you die you start over again. If you've ever played Binding of Isaac, then you'll be somewhat well acquainted with this style of play. The creators of the game have figured out a great way to keep things interesting. You get new talents as you level up your account, and you eventually get access to equipment! Building upon your arsenal and your abilities is going to be your major key to success as you get further into the game.

It's very important to know the attack of each enemy you are up against. Some enemies fire directly in front of them, some fire at a diagonal, some delay their fire, and lots of other variations. This will take some time to learn, but it makes all the difference when making it further into the game.

When you level up, you'll get your choice of an ability. Here's some of the ones I recommend when you are starting out:

You need to stand still to attack, but you don't want to stand in the same place for very long! It's always best to avoid being shot rather then to stand there and get another attack in. Conserving your health total is one of the most important aspects of the game, this is particularly important early on.

There are sometimes when this isn't always the case, but it's a good rule of thumb.

Standing Still When You're Safe

If you know the pattern of an enemy's attack, then you can stand still and just launch attacks for as long as it's safe to do so. A good example is of the Tree Stumps you fight in the first area. They always fire leaves forward, back, left, and right. So, if you just stand slightly at an angle away from them. You will be safe to fire off as many arrows as you can. 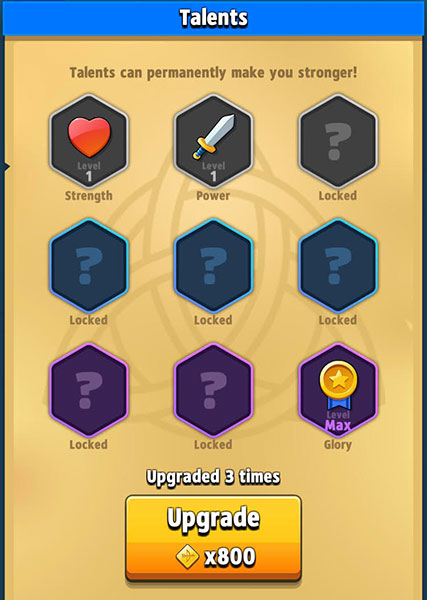 If you're in a fight with multiple enemies and you are standing still, you will continue firing at the same target until either you move, it gets out of range, or it is dead. This can be used strategically, if you always are wanting to fire at a particular enemy, then try not to move once you have them targeted! If you want to adjust your target, you will need to move and get closer to them.

Use Cover to Dodge Enemy Fire

Most enemy fire can be dodged by utilizing the blocks that are randomly positioned on the map. Use these to protect yourself from directional fire from certain enemies. Just remember though, some enemies can fire OVER the blocks. You can usually tell it has been lobbed because of the shadow under the projectile!

This is a game that really benefits you if you play more. Not only will you just get better in the game, you will also increase your Talents and add to your equipment, which make the game easier. Also, don't get discouraged if you are struggling early on. That's kind of the way this type of game works. You'll hit walls, but as you upgrade and get better, you will slowly make your way further and further into it!

Always Try to Upgrade at Angels

Unless you are really low on health, try to select the upgrade at the Angels. You will hopefully either get healed by killing an enemy, or by having an ability.

Take the Devil's Deal If It's a Good Ability

You might wonder if it's worth it to take the Devil's deal. The answer is yes, but only if it's a good ability. Some of the stuff offered isn't so great, things like walking through walls or over water are just okay. Grab it if it's a high tier ability!

Running Out of Energy? Watch Some Ads!

Unfortunately, there's only a couple of ways to gain extra energy in the game. Each time you play a round, it takes 5 energy. You'll slowly gain this back throughout the day, but you can also increase it in two different ways. One is buy paying 100 Gems, we don't want to do this. Save your Gems for a revival, I wouldn't be throwing them away on Energy. The other way, is we can watch four ads per day to gain 5 energy per ad watched. When you do this, make sure you you are missing at least 5 energy from your total so you get the maximum amount back. Also, make sure you are going to use the energy immediately, because if you weren't planning on playing, you might as well just let the Energy regenerate on its own.

Want to Spend Money? Get the Beginner Bundle!

I don't recommend spending money because you can pretty much play for free if you aren't pouring a ton of time into the game. However, if you are dead set on spending some cash, then there's a pretty good one time only bundle you can purchase. For $1.99 USD, you'll get 300x Gems, 10,000 Coins, and 5x Free Revivals! That's a pretty decent deal, and could be worth the cost if you see yourself playing quite a bit.