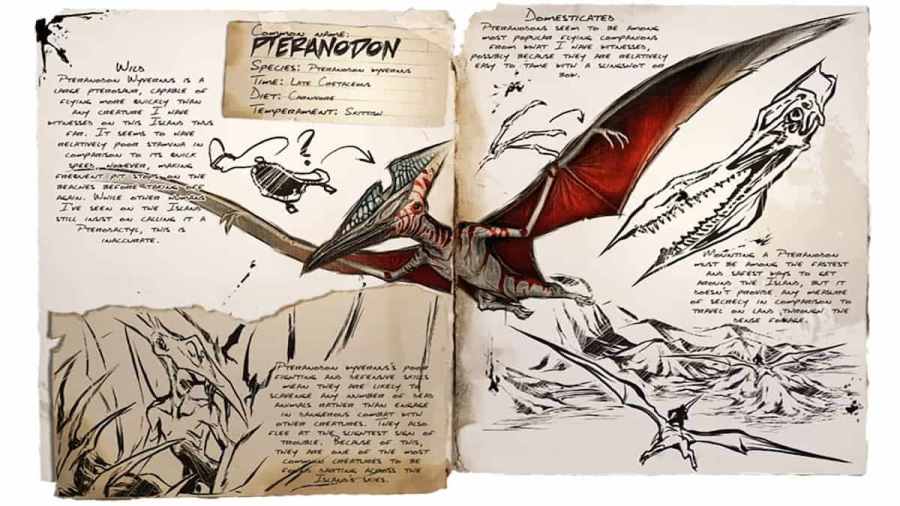 The Pteranodon is a relatively common dinosaur found in the world on ARK and is also the first rideable flying creature that players encounter. This dinosaur resembles a pterodactyl with large bat-like wings and incredibly sharp teeth. These large predators will flee immediately if you engage in any sort of conflict, making it pretty difficult to catch one. You'll want to shoot a tranquilizer dart into its crest while also being careful not to kill it.

How to tame a Pteranodon in ARK

How to feed a Pteranodon in ARK

Feeding one of these dinosaurs is as simple as placing food in its inventory. However, Pteranodons are carnivores which means that there are specific foods that they enjoy more than others. We listed them all below:

How to breed a Pteranodon in ARK

Breeding a Pteranodon is a relatively simple task since all you need is to build a large enough enclosure, set a male and female inside of it, and set them to breed. It'll take around 18 to 48 hours for breeding to succeed.

In order to successfully hatch a fertilized Pteranodon egg, you'll need to make sure that the temperature of the egg is between 29°C and 31°C. At this point, it should take about three to four hours for the egg to officially hatch. The time it takes for the dinosaur to reach maturity is one day and 13 hours.