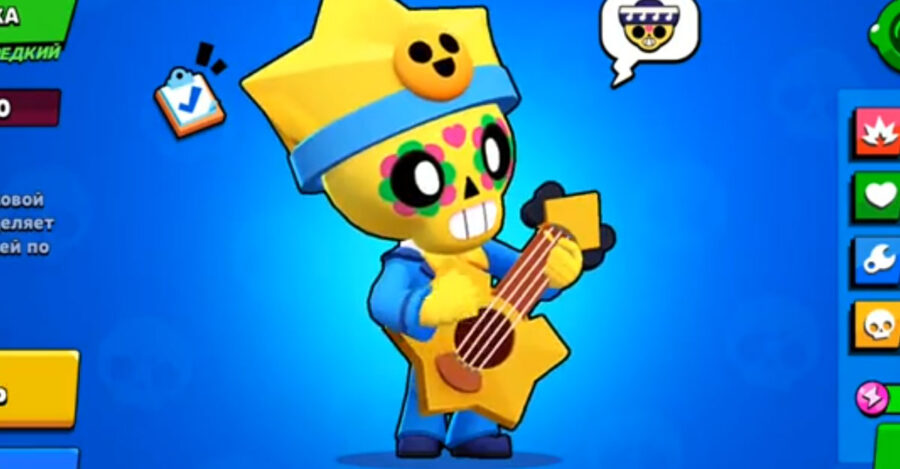 You can see a bit of the new Sandy skin the introduction screen in the video below! There's quite a bit to see of the Poko skin, which you can also find a bit of gameplay of if you watch the entire video.

Here's a couple of stills of each of the skins if you want to take a better look at them. The Poko skin is named Star Poco, which is very fitting with the star hat and guitar that he displays in the screenshot.

The Sandy skin is a bit underwhelming and looks to just be a new shirt and feature some small detailing which would explain the low price of it. She is known as Sugar Rush Sandy, and appears to be at the end of her sugar rush in the image below.