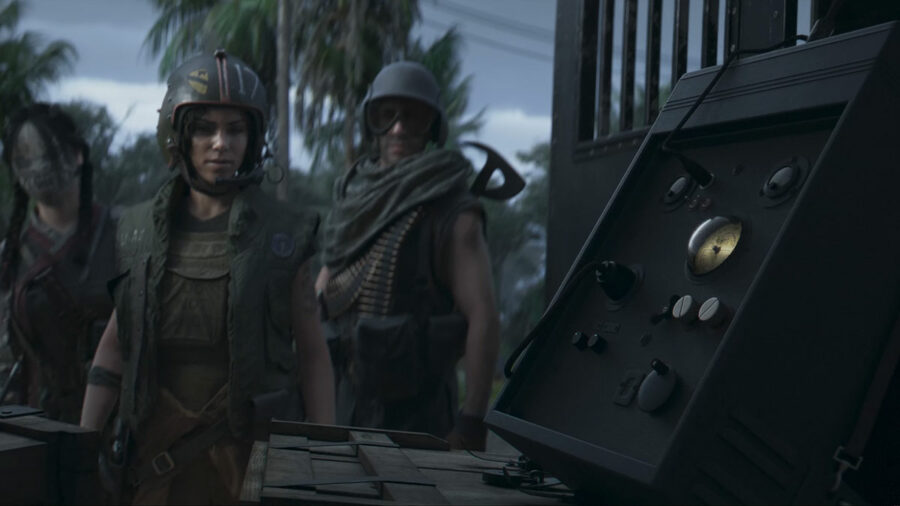 Call of Duty recently revealed the first trailer for its upcoming seasonal content update. Just like every other major content drop, Vanguard and Warzone Season 3: Classified Arms will add new operators, weapons, and maps alongside other improvements to the games.

The most intriguing part of the trailer, however, is the possible tease of the King of the Monsters, Godzilla. According to the lore, the deployment of Nebula V Bombs by Nazis across the globe has awakened some mysterious creature in the Pacific Ocean.

Task Force Harpy was commissioned in Caldera to secure a device that is "broadcasting a mysterious frequency." The device seems to be the ORCA, which replicates the bioacoustics used by the Titans in the Godzilla movie. You can listen to the audio clip in a Twitter post shared by Call of Duty below.

Related: How to get Rebirth Island Bunker Access Codes in Call of Duty: Warzone

Some of you might think that this audio could represent anything. But after downloading and putting the audio in a spectrogram, PrestigeIsKey found that the clip says, "MONSTERS ARE REAL." This aligns with previous leaks from various insiders, including Tom Henderson, who did mention earlier that a possible Godzilla and King Kong crossover is in the works.

Stay tuned to Pro Game Guides for more Call of Duty content. In the meantime, head over to our articles on How to play the Call of Duty Games in Order and All Weapon Blueprint Locations on Rebirth Island in Call of Duty: Warzone.