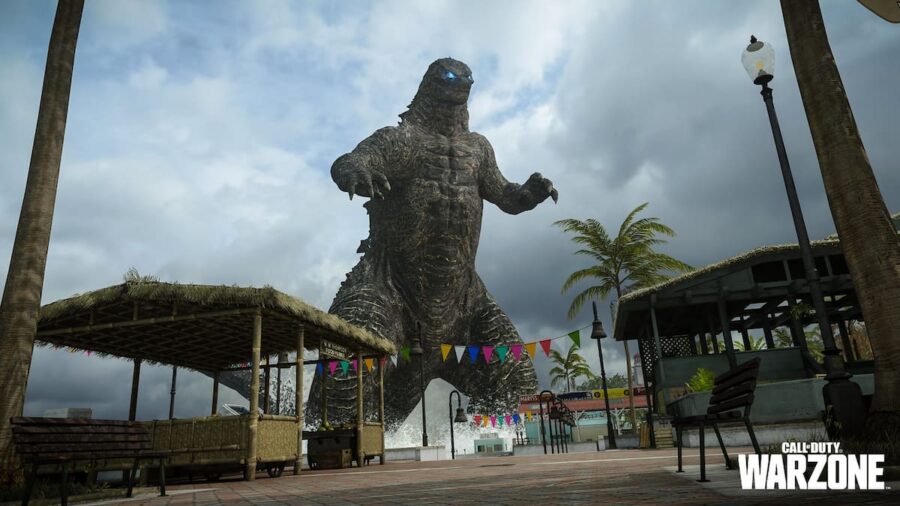 Kong and Godzilla are dropping into Call of Duty: Warzone. While Operator skins have come out themed after each, many wonder how the colossal Titans will interact in the new mode.

Operation Monarch will support up to 60 players and utilizes the Resurgence rules. This effectively means that the last team standing wins. While playing, players will find Monarch Intel via Supply boxes, special drops, and fallen foes. This is used to charge a special meter that unlocks Killstreaks, Loadout Drops, and Titan Killstreak rewards.

While playing, players will want to keep an eye out for Godzilla and Kong. While it's advised to give them a wide berth, damaging either Titan will award Monarch Intel. At the beginning of the match and at another point during it, Kong and Godzilla may become enraged and lash out. This is known as a Titan Frenzy and forces players into one of two options: flee or fight. The team that deals the most damage to either Kong or Godzilla during the Titan Frenzy will receive Monarch's special S.C.R.E.A.M. Device.

The S.C.R.E.A.M. Device is a prototype device that allows players to communicate with either Titan. How this translates to actual gameplay is directing an attack from either Godzilla or Kong to any point on the map.

Overall, having the two behemoths in Call of Duty looks like it will work out better than initially expected. Get those loadouts ready and prepare to drop.

How Operation Monarch works in Call of Duty: Warzone