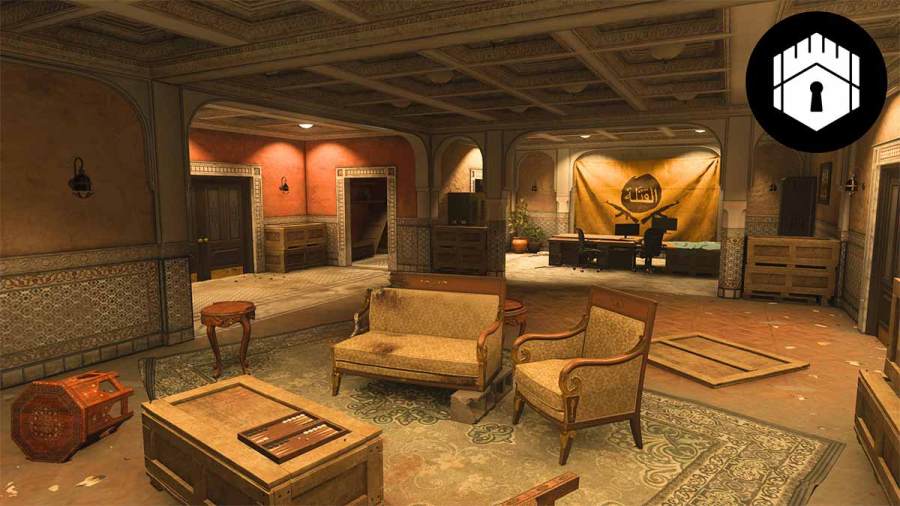 Al Mazrah, the desert map of Call of Duty: Warzone 2, features a variety of points of interest (POIs) from cities to swamp. There are various A.I. guarded facilities, Strongholds, situated in different parts of the map where you can find good loot items. Black Sites are similar buildings, but they hold even better loot and can only be unlocked via a special key.

Black Sites are big buildings marked with a castle symbol on the map, as shown in the image above. Only one Black Site Key spawns every match, and to get it, you have to be the first squad to clear out a Stronghold. Several Strongholds appear in the initial few minutes of the game. The first squad to activate any Stronghold on the map must kill A.I. soldiers and defuse the bomb located within the facility. Doing so will give you access to your loadout, a Black Site Key, and various other items.

Related: What are Strongholds in Warzone 2?

You can then grab this key and head over to the marked Black Site, which should have a few A.I. soldiers guarding it. Eliminate these bots and open the locked door by pressing the interact button. You'll find even more A.I. inside the building that you can kill. These bots have improved health than the ones you find at Strongholds. Thereafter, explore the building until you find the Juggernaut A.I. boss. You have to defeat this heavily armored enemy using everything you've got. The fastest way to kill it is by using explosives like C4 and Frag Grenades and shooting it in the head. Taking out the Juggernaut will give you access to a loadout crate, superior loot, cash, and blueprint rewards.

You can take out the Juggernaut at a Black Site to receive the special Phantom's Call weapon blueprint for the Vaznev-9K Submachine Gun. It's a fully-kitted, pro-tuned variant of the gun with the following attachments: