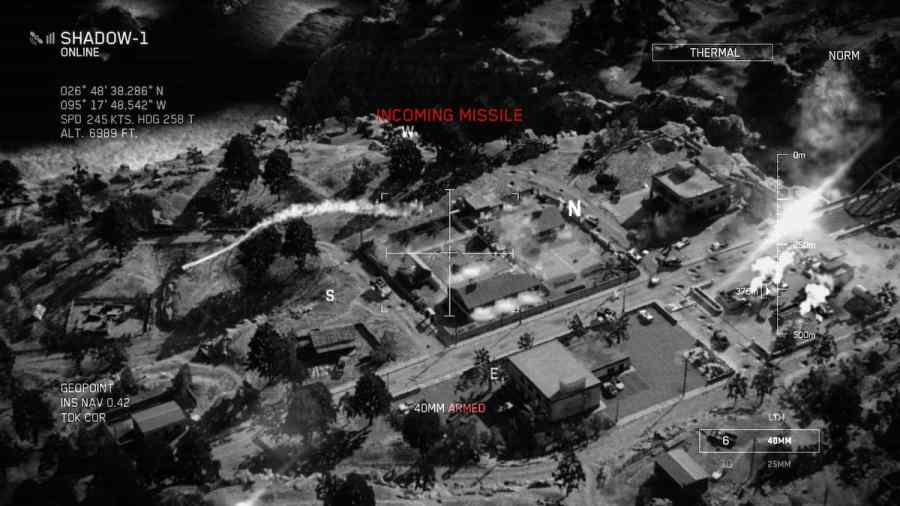 While trying to ensure that Hassan is evacuated, players will take to the skies in Modern Warfare 2's Hardpoint mission. The beginning of the mission has players get familiar with their surroundings before throwing waves of enemies that try to retrieve Hassan. There are three weapons that players can use, and eventually the cartel starts to focus the player's aircraft with missiles. This is how to avoid the missile attacks and take out the anti-air troops in Modern Warfare 2.

How to avoid missiles in Hardpoint - Modern Warfare 2 Campaign Guide

In Call of Duty MW2's Hardpoint mission, red text will come over the screen to tell players when they are being targeted by missiles, giving them ample time to react even if they can't see who is aiming at them. Activating the flares will give players time to take down any enemies with RPGs, but there is a cooldown between uses. The controls for it are:

Related: Worst Call of Duty Games of all time

A total of four enemies with anti-air missiles will spawn in consistent locations after players have defended Soap and the gang from a wave of enemies and RPGs fired at them. Players will be able to track them down by looking at the trail of smoke left by the missile. If they are kept alive for too long, these missiles can end up firing one after another in between the player's flare cooldown. Taking them down as soon as they come up is necessary to get through the level on harder difficulties, as waiting to be shot at can leave allies vulnerable. This is where each enemy spawns:

How to avoid the Missile Lock in Hardpoint – MW2 Campaign Guide