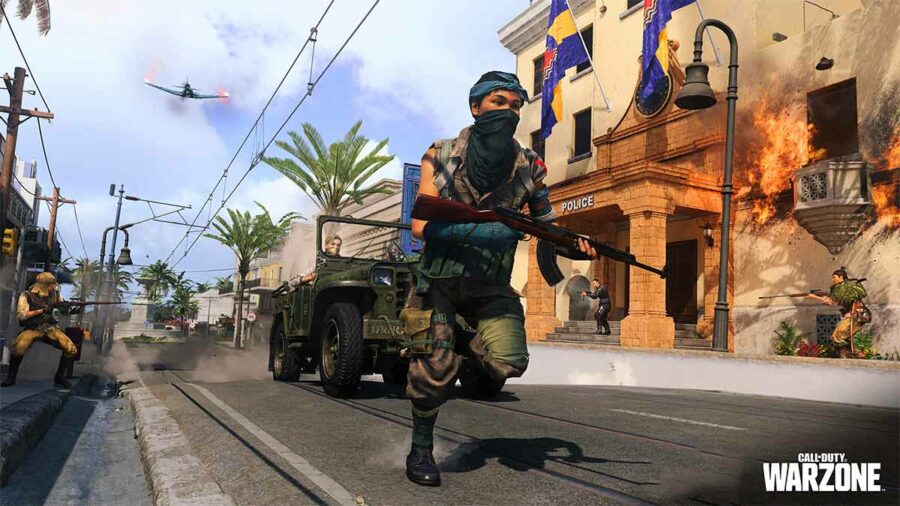 Caldera Clash first arrived with the Season 2 update of Call of Duty: Warzone Pacific. The large-scale team deathmatch is an upgraded version of the Clash game mode, which veteran players previously experienced in Verdansk. Here's how the new mode works and how to secure a win in it.

Two teams of 48 players compete with the primary objective of eliminating the opponents. The match is set at one of the six small, pre-determined points of interest (POIs) from Caldera. The first team to reach 450 points, or the team with the highest points when the 15 minute timer ends, wins.

Players spawn in the air on their side of the map from where they can glide while parachuting to any preferred area. You can use vehicles to relocate to further distances and attack the enemy region. Furthermore, players can select their loadout at the beginning of the match or when they redeploy shortly after dying.

Related: How to use the Redeploy Balloons in Call of Duty: Warzone Pacific

Caldera Clash also incorporates buy stations, contracts, domination capture points, and other events during the session. Below are some other important features in the game mode:

Stay tuned to Pro Game Guides for more Call of Duty content. In the meantime, head over to our articles on – How to fly the Bomber Plane in Call of Duty: Warzone Pacific.

What is Caldera Clash mode in Call of Duty: Warzone Pacific?