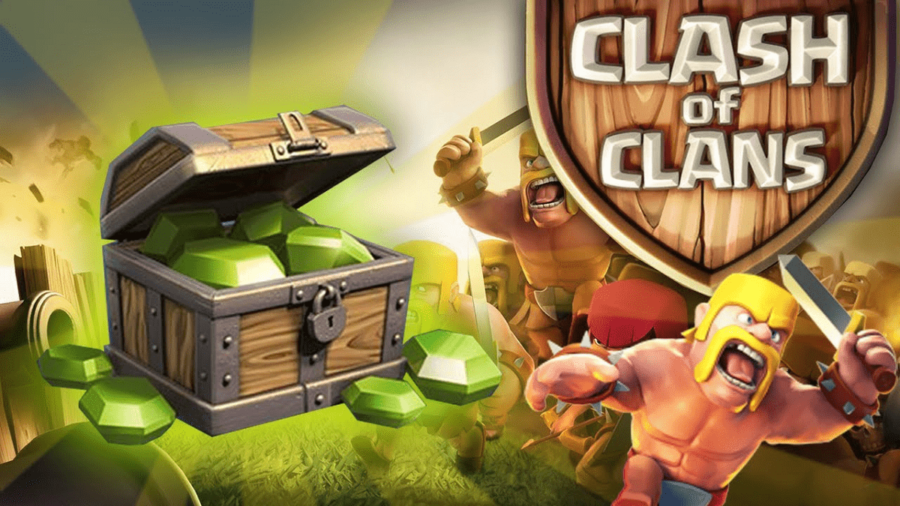 Playing with hacks is always risky, so we would never recommend cheating your way in this game. There is a strong chance you could lose your entire account if the developers catch you. Pro Game Guides has instead put together a list to obtain a nice bag of gems as efficiently as possible!

Easiest Way to Get Free Gems in Clash of Clans

We've put together a list of five ways to get gems. They don't all net you a considerable amount but instead are a collection of small boosts that could get you 500 gems a month or more! The best part? The majority of this is all just passive collecting, so you don't have to grind hard. Just give it time!

Gem mines start off producing gems exceptionally slowly. The level one mine moves at a snail's pace and seems like it's trying to go halfway around the world. Upgrading your Gem Mine can be a bit of a grind, but once you reach level nine, you've more than doubled your output. Past level three, you must upgrade your Builder's Hall to the next level. Every level you move up from there is another level you can add to your Gem Mine. Total Per Week: 33.6

Cutting down obstacles on your map will net you a certain amount of gems. It seems to follow the same pattern for the gems it drops. Based on some quick calculations on our part, we've determined you can get roughly 40 gems for every 12 obstacles that drop gems (about 20 obstacles). A new obstacle spawns roughly once every eight hours, and you're then looking at just over 21 obstacles a week. With that, we can easily mark or total weekly output from obstacles. Total Per Week: 40

The Gem Box is nice, but you have to check your game at the proper time since you can only have one Gem Box per week. If you leave it to sit, that's just extra time you'll have to wait for another Gem Box to appear a week later. This box contains a solid 25 Gems — a nice chunk to add to our running total. Total Per Week: 25

So far, just from waiting for and maintaining your Clash of Clans map, you're looking at a vast 98 Gems per week. That's not everything, though! The following two options are the additional ways you can gain gems by completing specific game actions.

Clan Games can be a challenge, but you can win gems or sell your winnings for them depending on your rank or tier. To compete in the Clan Games, you must reach Town Hall Level Six. Generally, these Clan Games run from the 22nd to the 28th, which gives your clan plenty of time to reach the highest reward tier!

These are currently all the ways to get gems for free in Clash of Clans. The most crucial factor in getting this amount is that you tend to the game at regular intervals to complete the tasks and collect the gems. If you keep tabs on the passive collection options, complete enough achievements, and complete the Clan Games, you can get up to 500 gems in one month! That's much higher than you thought possible, isn't it?

Did you know Pro Games Guides has code lists for other mobile games? Check out these codes for Call of Duty Mobile!

How to fix Clash of Clans update not working

What are Super Troops in Clash of Clans?

How to find a Clan in Clash of Clans

How to Change Your Name in Clash of Clans