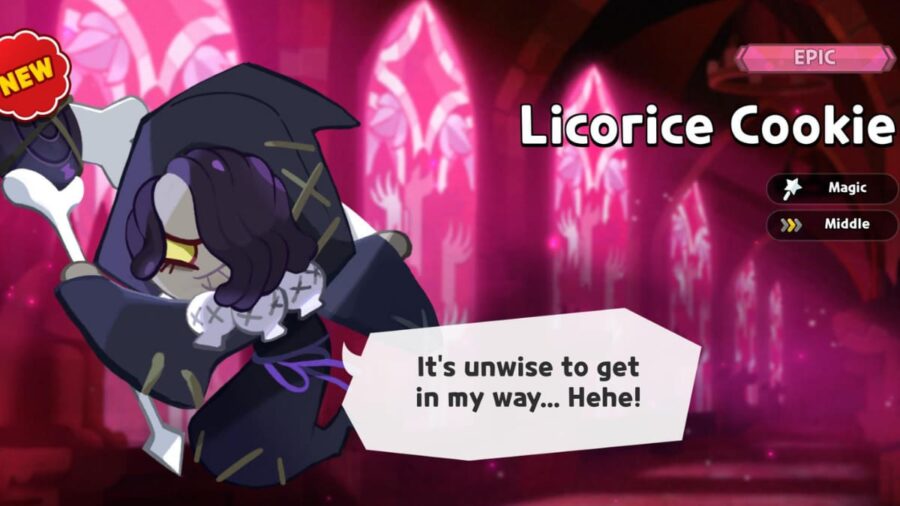 Licorice Cookie is an Epic Magic Cookie who also doubles up as one of the main antagonists under the Dark Enchantress' evil clutches. Earthbread has been unkind to Licorice, who spends much of his time ranting to his diary. Nevertheless, he's a unique character with an equally unique kit that may slot well into your team.

Apart from a useful DEF-boosting buff, Licorice Cookie's Skill can summon three Servants who can tank enemies and deal a decent amount of DPS. They have enough knockback resistance to prevent your middle and backlines from being knocked back by movement-interrupting skills. And when Licorice's cooldown is low enough, it's possible to stack two summons at the same time, giving you six Licorice Servants in total.

As Licorice Cookie's Skill is stackable, it's pertinent to keep his cooldown as low as possible by equipping him with a full Swift Chocolate build. Opt for ATK bonus stats to boost his DPS. However, if you feel that Licorice is too squishy, pad in some DMG-resist bonus stats as well.

For Treasures, the Squishy Jelly Watch is always a must for cooldown reduction. Summon creature-buffing items like the Seamstress's Pin Cushion are also great options for buffing Licorice Cookie's army of Servants.