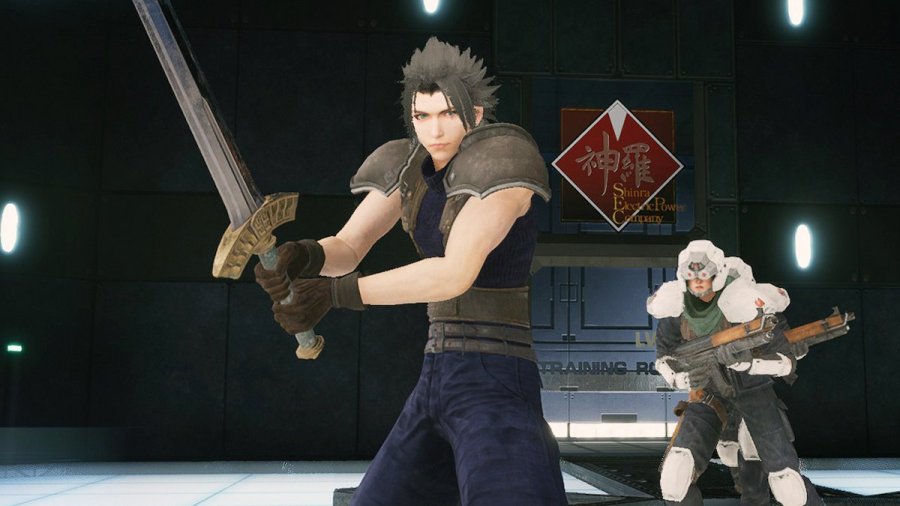 Action Points are important in Crisis Core Final Fantasy VII Reunion as they allow you to unleash powerful attacks with Command Materia. Here is every way you can refill your AP bar, so you don't run out of steam in the middle of battles.

How to recover AP in FF7 Crisis Core

The quickest way to recover AP in Crisis Core Reunion is to use Save points. Because you will be spending most of your time doing Missions in the Shinra Headquarters, the floating save icon can be utilized in between your mini quests to automatically restore Zack's HP, MP and AP. Save points are also scattered throughout main story missions as well, so they are definitely a lifeline you will want to take advantage of frequently and strategically. Because some missions can be incredibly difficult, you can also keep your action gauge filled with Soma, Elixir, and the DMW mechanic system. Below is every method you can use to restore AP in Crisis Core.

Related: All DMW Effects and Limit explained in Crisis Core

How to buy Soma in Crisis Core?

The main item that restores AP in Crisis Core is Soma, which can be purchased at the Shinra Shop for 200 Gil a bottle. You can access the store anytime by pressing the pause button, and selecting the Shops tab in the main menu. Once you've obtained Soma, you can select the item in your inventory using the R2 button while in battle. After it's been highlighted, your B button will then consume the potion to restore Zack's AP. Soma can also be obtained as a random drop in chests, rewards in missions, as well as a supply drop in the Shinra Brief room. As long as you have money, you will be able to quickly pick up the item in the pause menu during missions. However, you can't access the store if you are already engaged in combat mode.

Where to find Elixir in Crisis Core?

The second item that restores AP in Crisis Core is the Elixir potion. Unlike Soma though, the consumable is a rare item that completely restores HP, MP, and AP at the same time. Because of this, you aren't going to be able to purchase this whenever you want. The main way that Elixir can be found is through random chest drops in Missions and Main Story quests. The potion can also be picked up as a reward in certain missions. The Elixir is definitely something you will want to save in your inventory as a backup plan, and only use as a last resort in a big boss fight.

How to restore AP with DMW in Crisis Core?

The Digital Mind Wave system in Crisis Core can also fill up your action bar, but it's completely random. The unique lottery mechanic is the game's implementation of limit breaks. However, the DMW can also refill AP if you get the right combination. If all three slots hit 4 in a row, then your AP bar will have no cost for the entire fight. This means you can spam your Command Materia as many times as you want, and your action bar will not go down. If you get a 7 slot and two random numbers after it, Zack's AP bar will have zero cost for 12 seconds. And lastly, if your DMW gets three matching portraits, you will automatically have your HP, MP and AP filled up. Although you have no control over what spins you will get, you should pay attention to these status effect changes in battle as it can save you from having to use a Soma or Elixir. While no Final Fantasy Crisis Core Materia restores action points, AP Materia can be fused to increase your total bar percentage. If you use all the available methods in the game interchangeably, you will be able to get through most of Reunion's story without running out of action points.

How to restore AP from winning battles in FF7 Crisis Core

Once you become a Solider First Class as part of the story, you get ranked after each battle you encounter in Crisis Core. Depending on several factors, you can restore AP from winning fights. Various percentages of AP can be restored based on how many enemies you kill with Yellow Materia—an attack that uses AP. Each kill gives you 5% AP restored.

Yet the best way to restore AP by winning a fight is by taking no damage in a fight, as it recovers 20% AP while also restoring HP and MP by 20%. This can be stacked, so not taking damage and killing enemies with abilities will increase the percentage of AP restored.

For more information on Crisis Core, check out How to unlock all shops in Crisis Core here on Pro Game Guides.

How to restore AP in Crisis Core