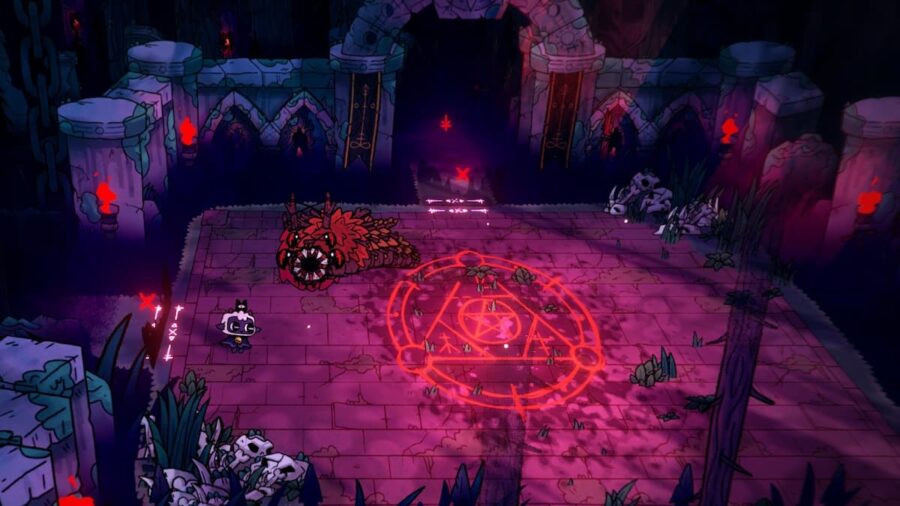 Your primary objective in Cult of the Lamb is to raise your cult and free the One Who Waits. To do this, you must defeat the four Bishops of the Old Faith and their followers. The Old Faith's flock is many, and one of them is Valefar, who appears as the second boss. This may leave you wondering how to defeat Valefar in Cult of the Lamb.

Valefar is the second boss of Cult of the Lamb and is encountered in the Darkwood. Valefar can be annoying to fight due to the constant movement and numerous projectiles. The main tricks to beating this boss are patience and staying mobile. Here is how to beat Valefar in Cult of the Lamb.

Valefar attacks by jumping into the air and coming down, creating a shockwave when landing. In addition, you will need to watch out for his projectiles, which can come in a stream or in a ring. The best technique for defeating this boss is to dodge in and out, striking Valefar a few times before retreating. If you have poison weapon, you can deal a lot of residual damage to him.

Related: Best Weapons in Cult of the Lamb

Who is Valefar in Cult of the Lamb?

Valefar is a follower of Leshy who doesn't have much overall influence on the story. Upon defeating Valefar, you are to recruit and indoctrinate him into your cult. This unlocks a new follower form from the Darkwood region.

How to beat Valefar in Cult of the Lamb