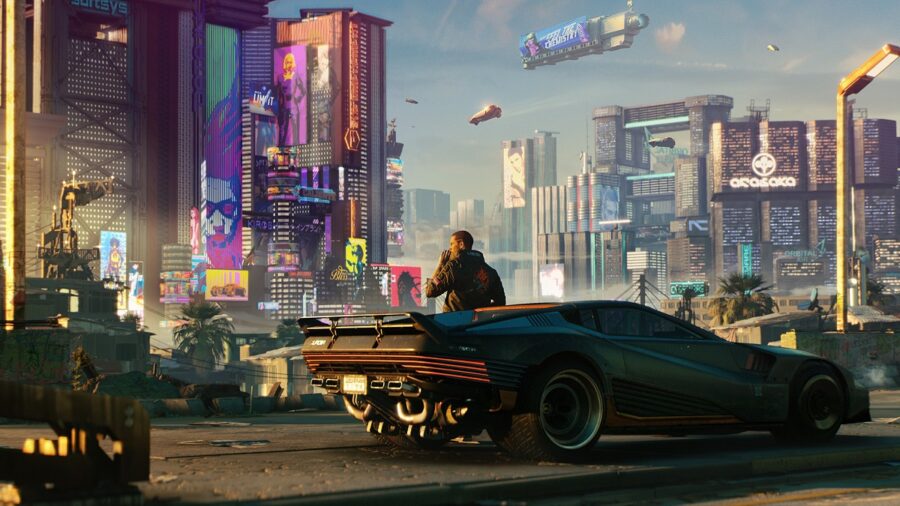 Cyberpunk 2077 is no stranger to delays. The game was delayed several times until it was finally released on December 10, 2020, to mixed reviews. The game has now been delayed again, but this time it's taking The Witcher with it. Fortunately, the delay for both games is simply the next-gen upgrades.

Developers at CD Projekt Red announced that the release date for dedicated versions of Cyberpunk 2077 and The Witcher 3: Wild Hunt for next-generation consoles—which includes PC, PlayStation 5, and Xbox Series X/S—have been postponed. The release date for dedicated versions would have upgraded current copies of both games to match more with the graphical capabilities of modern consoles and hardware.

The original release date for the next-gen upgrade was for the second half of 2021 and would have been free for all owners of last-gen copies of both games. The Witcher 3 upgrade would have also included features inspired by the hit Netflix series The Witcher.

This is unfortunate news for fans of both games as the upgrade has been a highly desirable feature for owners of the older generation copies. Cyberpunk especially felt as if it could have benefited from being upgraded for higher quality hardware as that game suffered from severe bugs on the PlayStation 4 and Xbox One at launch.

The next-gen upgrade for Cyberpunk is now scheduled to release in the first quarter of 2022, while The Witcher 3: Wild Hunt upgrade is set released in the second quarter of 2022.

How to level up quickly in The Witcher Monster Slayer

How to farm gold in the Witcher Monster Slayer?

The Witcher: Monster Slayer Release Date, Leaks, & Everything we know!

How to Pre-Register for The Witcher: Monster Slayer?

How to earn skill points in The Witcher: Monster Slayer