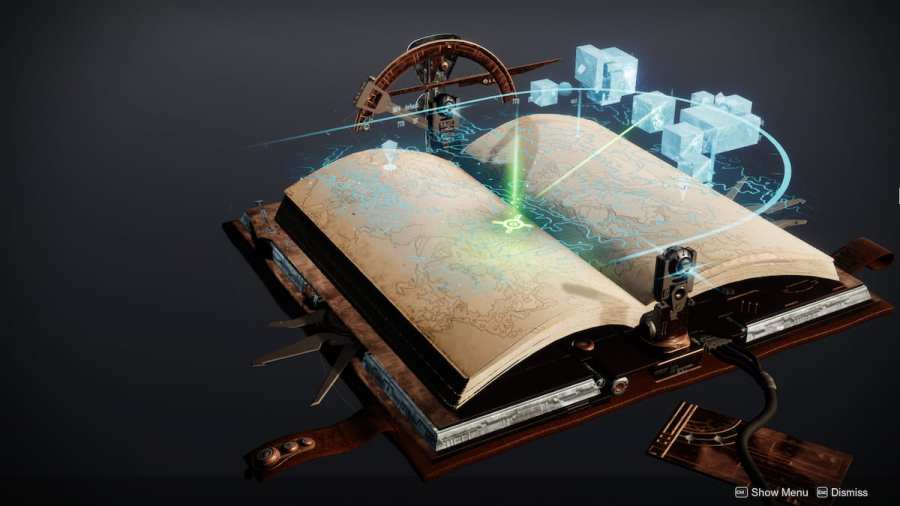 The Cryptic Quatrains quest is a three-part series that will take Guardians all over the system in Destiny 2. Filled with clues and plenty of buried treasure, this is one adventure well worth taking.

...was I still alive? Still not dead, as I dreamed? Me treasure not sunken, not lost in the deep? They'd caught not their quarry, I would be redeemed and bury me knife in their chests while they sleep.

I waded ashore after crashin' their ship. Me takin' their treasure they'd never forgive. Me exodus doubtless curled many a lip. I'd make them forget I had one life to live.

They cursed as their catch crashed away through the trees. I moved as if lightnin' did arc through me bones. I felt like the maker had answered my pleas. While handy with cannons, they left 'em back home.

Alone with me atlas and treasure at last I use me crude dagger to cut out a code. This cipher I'll place where it's held safe and fast. Two beacons will guide you if treasure you're owed.

I crept out at dusk, left me treasure behind and found me old crew and the captain as well. I'm light with a blade and me right hand's unkind. They'll find their salvation dead-center in hell.

The cosmos had set me ashore, I was free. Forgotten at last, me heart empty of hate. On deck of the vessel that pointed to sea. I leaned on the mast and awaited me fate.

I took all I had, placed it safe in a cave where stream joins its mother by pillars of three. It's yours if you like, for you're clever and brave. You may find me treasure...but never find me.