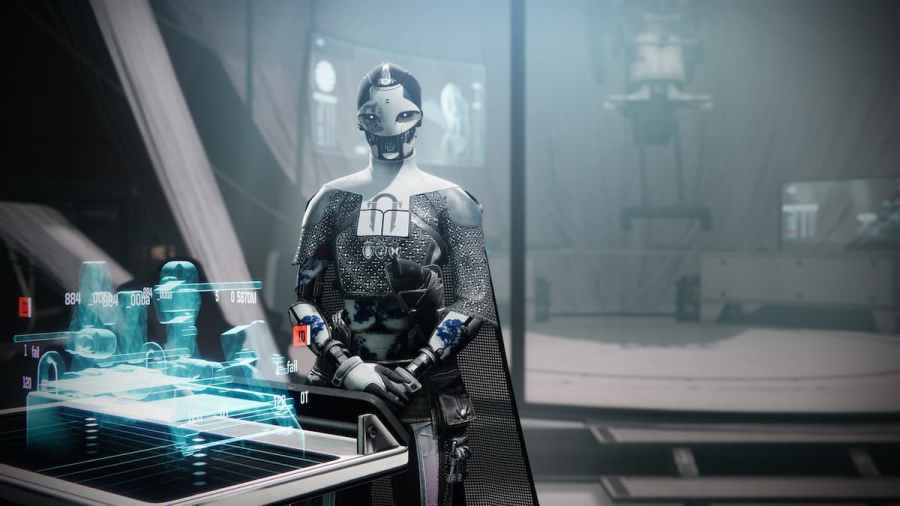 The Heavy Handed mod is a useful Charged with Light mod that improves the player's melee abilities and passively adds ammo to the player's weapon due to a secondary perk. Also an Armor mod, players can visit Ada-1 in the Tower as there is always a chance she is selling it.

To get the Heavy Handed armor mod, players should frequently visit Ada-1, who is located in the western part of the Tower, near the Annex. Ada-1 sells two armor mods each day, and the selection resets on a daily basis. If you're lucky, Ada-1 will have the Heavy Handed mod available.

All armor mods cost 10 Mod Components, which are obtainable by completing Gunsmith Bounties from Banshee-44. In the past, Banshee-44 was in charge of selling armor mods, but the role has since been handed over to Ada-1 as of changes made during Season of the Splicer.

With the Heavy Handed mod equipped to a legendary armor piece, the player will regain half of their melee energy after using a charged melee ability. The player must already be Charged with Light for this perk to activate, and it will consume one stack of the Charged with Light mechanic.

Related: Destiny 2: Empty Vessel Best God Roll, Stats, and How to Get

Heavy Handed also includes a secondary perk: Lock and Load, and it requires seven Arc energy. The player will receive additional ammo to their weapon reserves after defeating a combatant with either of these weapons:

The Heavy Handed weapon mod can be used for some creative builds, and is especially powerful while holding Special weapons. Since ammo is more difficult to acquire from special Shotguns, Sniper Rifles, and Fusion Rifles, earning passive ammo while the Lock and Load secondary ability is active enables more damage output and less time worrying about refilling your reserves.

For more Destiny 2 guides, check out How to view Seasonal Challenges in Destiny 2 and Destiny 2: How to complete the Cadre of Contenders seasonal challenge on Pro Game Guides.

Destiny 2: How to get the Heavy Handed mod