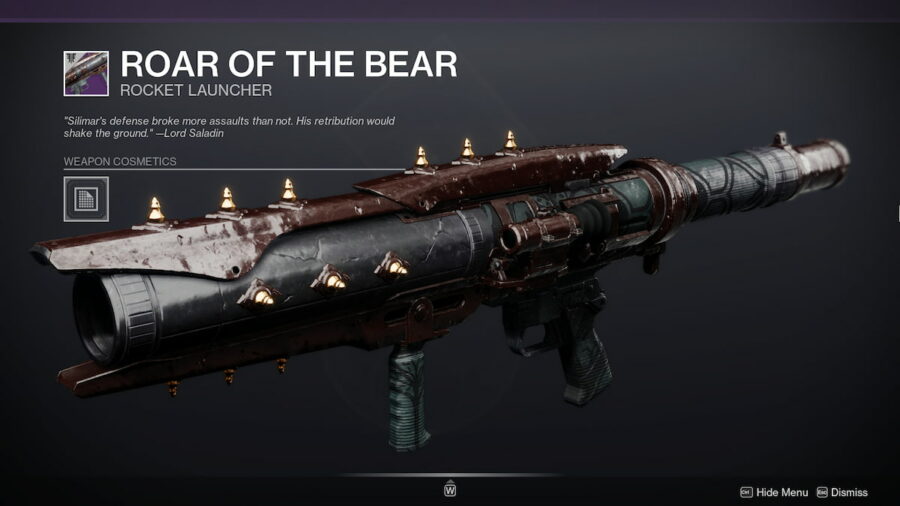 Roar of the Bear is a legendary rocket launcher introduced in Season 18 of Destiny 2. It deals Solar damage and has the potential to be a beast like its namesake in both PvE and PvP. But what rolls should Guardians chase to make it so in each mode?

How to get Roar of the Bear in Destiny 2

Roar of the Bear can only be acquired while Iron Banner runs in the Tower. It has the chance to drop from completing matches, decrypting engrams, or focusing engrams at Valus Forge.

Destiny 2 – Roar of the Bear god roll and best perks