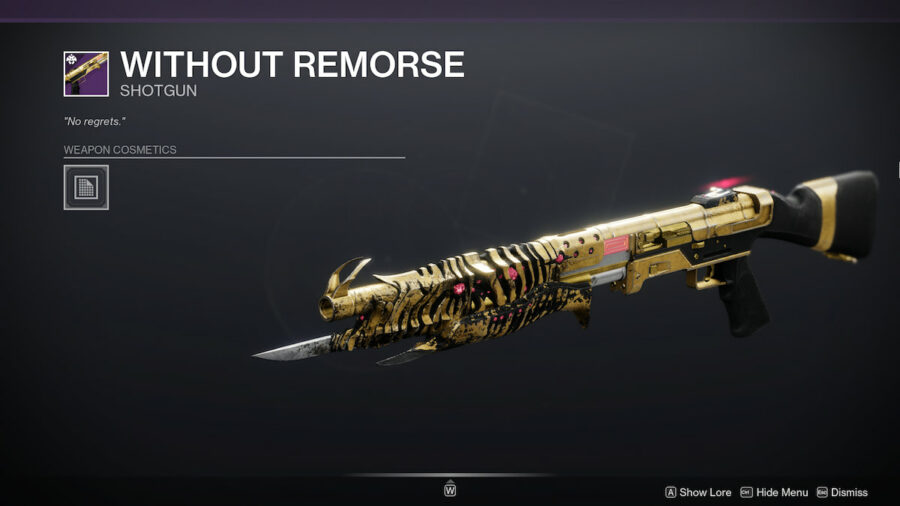 A trusty shotgun is not only a must for the ancient wild west but also a necessity for dealing with the lawless expanses of space in Destiny 2. Few weapons have proven their worth time and time again like them. Without Remorse is another take on a classic song. Here are what rolls to chase on this intimidating weapon.

How to get Without Remorse in Destiny 2

Without Remorse was introduced in Season 17, Season of the Haunted, and is a Solar shotgun. It currently drops from the Derelict Leviathan on the Moon.

Best Perks & God Roll for Without Remorse in Destiny 2