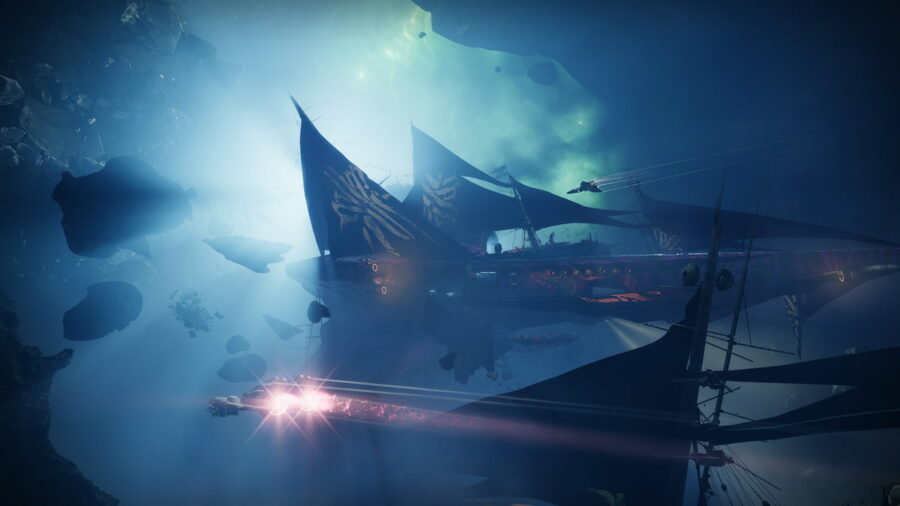 Since Seasons were introduced to Destiny 2 back in Season of the Forge, or even Warmind, there has been a Seasonal Activity. With the launch of Season 18, the go-to is now Ketchcrash. This new mode has Guardians waging pirate-inspired space warfare between two Eliksni sketches. Here's how to start the activity and what you get for completing it.

How does Ketchcrash work in Destiny 2?

Those with the Season Pass will have the option to partake in the activity shortly after the introductory mission of freeing Spider from a group of pirates. The activity is launched from an icon within the H.E.L.M. There are two variations of Ketchcrash. The default Ketchcrash has a recommended Power of 1520 and includes matchmaking. Master Ketchcrash doesn't offer to matchmake, has a recommended Power of 1600, and includes a host of mission modifiers. That being said, there are a ton of rewards, including a Pinnacle, for completing the harder version.

Related: Who is Eido in Destiny 2? – Lore

Ketchcrash operates in phases. If you've played almost any other activity in Destiny 2, you'll already know how to complete these as they're reprised mechanics. If not, don't worry, as they're very straightforward.