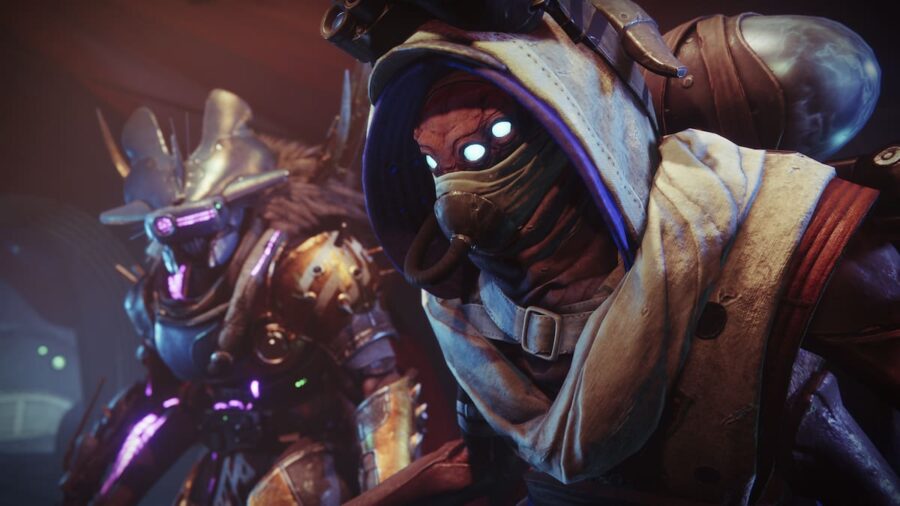 The world of Destiny 2 is vast and deep, with the game only scratching the surface of the overall lore. Over the past several years, many shakeups and unexpected allies have been made. As these bonds with former foes deepen, we're introduced to new characters like Eido whom many immediately fall in love with. Here's the history of Crabcakes and why we love her so.

Eido is the adopted daughter of Misraaks, Kel of House Light. She was first mentioned in Season of Opulence and has since made several appearances, with Season of Plunder being the most prominent. Misraaks and Sjur Eido found her as an infant aboard a House of Devils skiff. Misraaks took the baby in and named her after his cohort. During the Endless Night, Eido joined her father and the other Eliksnki refugees as they made their way to the newly formed Eliksni Quarter in the Last City.

Eido is a Scribe of House Light and, thus, documents the history of her clan and their people. She relayed this history to the Guardian when they arrived in the Eliksni Quarter. She continues to offer her support and knowledge as the Guardian fights against Eramis of House Darkness in recovering ancient Eliksni artifacts. She has a very sweet personality and is generally very curious about everything. It's this innocence in a bleak world that makes her so endearing.

There are many rumors surrounding her future in the Destiny universe. As Bungie is making great strides at presenting her as a lovable character, some worry she'll be killed off and turned into the first Eliksni Guardian. It wouldn't be much of a stretch as Bungie has stated things will turn dark in the Lightfall expansion, and the Hive has recently been given the gift of the Light. Time will tell, but until then, it is our duty as Guardians to protect the Little Sister.

For more Destiny 2 goodies, check out Destiny 2 – Well of Life Mod, explained and how to get on Pro Game Guides.