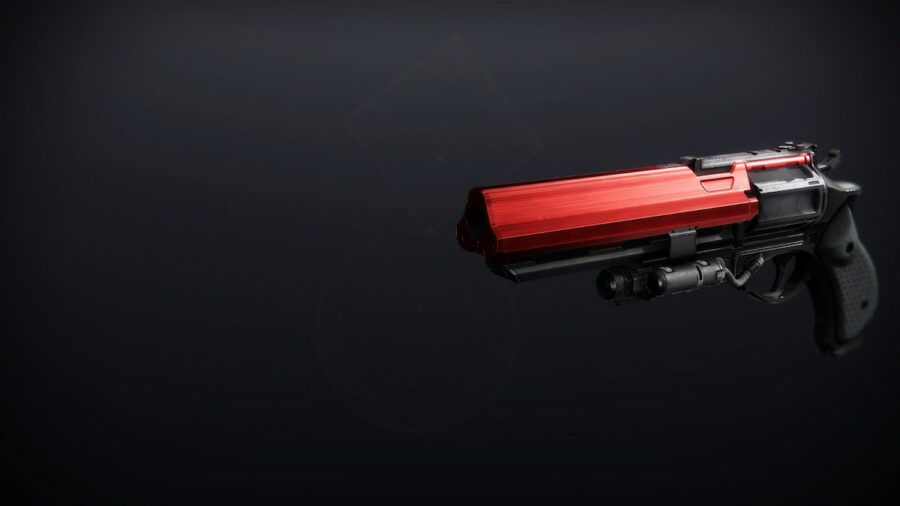 The Grasp of Avarice Dungeon, introduced in the 30th Anniversary Pack, brought a new set of rewards in the form of weapons. One of these weapons obtainable from the dungeon is the beloved Legendary Hand Cannon, Eyasluna, from Destiny 1. Here are the best perks for the Eyasluna, as well as its God Roll in Destiny 2.

The Eyasluna is a potential reward for completing the Grasp of Avarice dungeon included in the Bungie 30th Anniversary pack. Suppose you've already received the Eyasluna once from the final boss Captain Avarokk. In that case, you will also be able to find it as a potential reward in the two secret chests that give out loot previously discovered in the dungeon.

Related: How to get the Eyasluna in Destiny 2

PvE tends to be very subjective in terms of playstyle, which makes pinpointing an exact God Roll a little more difficult. That being said, the Eyasluna works best in PvE when it uses perks that raise its stats across the board.

The big one here is Headstone as Trait 2. The headstone will spawn a Stasis Crystal on precision final blows at the enemy's location. Since Stasis is so strong in PvE, this trait is a must-have. The Perpetual Motion Trait is important as it gives the player increased stability, handling, and reload speed while in motion, and most Destiny 2 players are constantly moving. The Steadyhand HCS paired with Armor Piercing Rounds helps make this hand cannon deadly at a longer range to get those precision final blows needed to create Stasis Crystals.

PvP is where this weapon stands out, just as its Destiny 1 variant did. Compared to the other 140 RPM Hand Cannons, the range is the only place it lacks. However, with the right build, this Hand Cannon can not only compete, but it will win most fights.

This build focuses on extending the range of the Eyasluna while also keeping the player mobile. Mobility is one of the most important aspects of PvP content. Perpetual Motion is the perfect trait since it increases stability, handling, and reload speed while the user is in motion. Pair this with the Moving Target trait, and you will be a force to be reckoned with in the crucible.

That's it, there are the Eyasluna God Rolls and its best perks in Destiny 2. Remember that oftentimes God Rolls are subjective and may not reflect everyone's playstyle. A perfect God Roll will fit all the individual's needs for it.