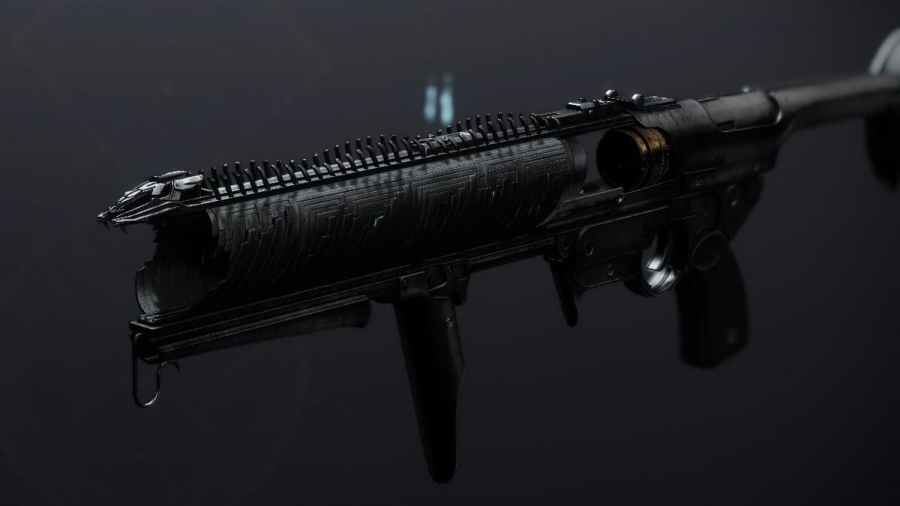 Somewhere along the line, Bungie decided that giving Guardians a Catalyst for their fancy new Exotic wasn't good enough. No, the Guardians must be made to suffer through exceedingly long quests just for the privilege of unlocking the ability to slay hundreds of foes. Sure, it adds playtime to the game, but quests like The Bank Job can really grind the gears.

After acquiring Witherhoard, Guardians can obtain a quest from Banshee-44 in the Tower. It is a four-step process to unlock the Catalyst for Witherhoard.

Related: How to unlock Preservation in Destiny 2

As is the case with several Exotic Catalyst quests, there's a bit of a grind for Witherhoard. Playing normally and taking care of weekly quests will knock out most of the objectives in time, but the step that will have many begging for mercy is the 100 Guardian eliminations. There's not really a tip or trick for this. Simply put on some music or a podcast and put the time in. Eventually, you'll get there.

Once acquired, Guardians will need to eliminate 400 enemies to complete the Witherhoard Catalyst. We highly recommend using the Shuro Chi checkpoint to get this knocked out quickly. The Silent Alarm Perk isn't much to write home about as it only increases handling and holstering Witherhoard automatically reloads it after a short period of time.

For more Destiny 2 goodies, check out Is there a Destiny 2 Companion App for PC? on Pro Game Guides.