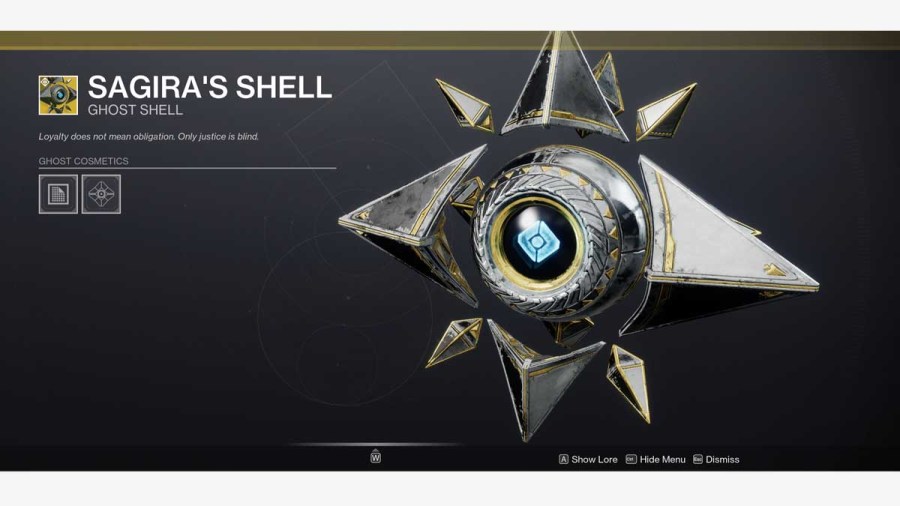 Sagira is one of the very few Ghosts other than the Guardians that players get to meet in Destiny 2. So, when her shell became available, many jumped at the opportunity. Originally released in Season 2 in 2017, Sagira's Shell broke the mold when it appeared. So, how does one add it to their collection?

Where to obtain Sagira's Shell in Destiny 2

You could only obtain Sagira's Shell before the first content vaulting in Destiny 2. It required Guardians to complete all of Osiris' Lost Prophecies on Mercury. These were quests given out by Brother Vance after completing the main story in the Curse of Osiris campaign. There were 11 prophecies, or verses, in total. Each was given randomly by the zealous NPC and required no small amount of grinding to complete.

Since the content vaulting, there hasn't been a way to obtain Sagira's Shell in Destiny 2. It's become one of those items that former Destiny 2 Director Luke Smith heralded as a "you had to be there for." It's a wonderfully unique shell for a personality that is greatly missed as Sagira made a wonderful companion during the much-maligned Curse of Osiris. But for those vets that put their time in and want to remember a character that was tragically killed off-screen, Sagira's Shell makes for a splendid memorial.

For more Destiny 2 goodies, check out How to Beat Golgoroth in King’s Fall – Destiny 2 Raid Guide on Pro Game Guides.

How to get Sagira’s Shell in Destiny 2