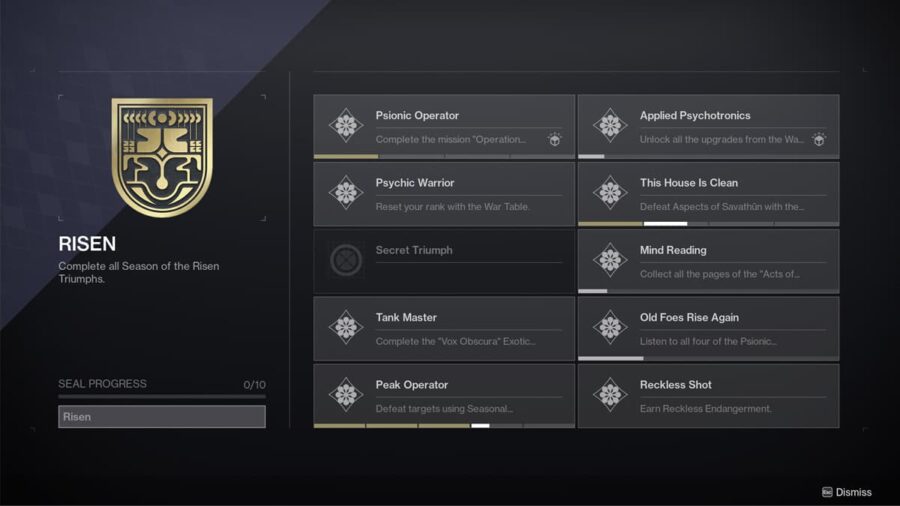 With Season of the Risen having released alongside The Witch Queen expansion in Destiny 2, there is another title to be earned. Titles were implemented with Season of the Forge back in 2018. Since then, each new season has come with a new title for players to grind out and show off to friend and foe alike.

Season of the Risen has 10 triumphs that must be completed before the seal and title are unlocked. Once completed, players will be able to show off their "Risen" title.

Related: Destiny 2 – How to complete the Report: RELIC-DATA quest

Season of the Risen Triumphs