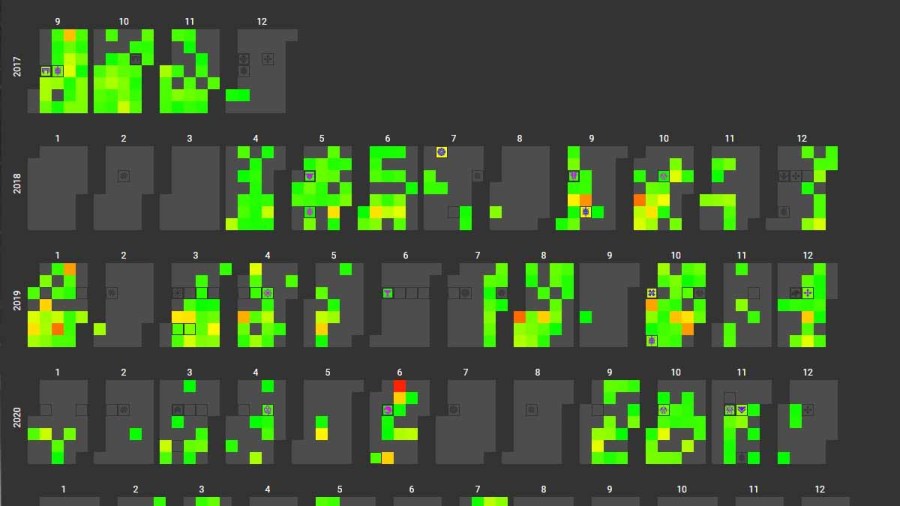 Notable Destiny 2 writer Paul Tassi seems to have kicked off another trend. This time it involves an interesting infographic regarding Destiny 2 and heatmaps. Before we get ahead of ourselves, this isn't the thermal imaging that the Predator uses to track his prey. Instead, it is a visual representation of time spent playing Destiny 2. Here's how to use the Destiny 2 Heatmap.

What is the Destiny 2 Heatmap?

The original Destiny Historical Heatmap comes courtesy of Chris Fried. After handing over their Bungie credentials, players can view their entire Destiny 2 career and stats like total time played, streaks, total time in activities, and more. Hovering over the individual days will show how much time was spent playing, which is also color-coded by length. Being filthy casuals, our longest session was only 11 hours and 12 minutes.

It's a great way to visualize how much time you've spent playing the looter shooter. Overall, our pattern wasn't too bad. We were expecting much worse, but it balances out with other games. It is interesting to see that nearly every time there was an event like Festival of the Lost, we were right there for it. What about you? Can you beat our longest play session? What's your longest streak of playing? Sound off in the comments below!

How to see your Destiny 2 Heatmap