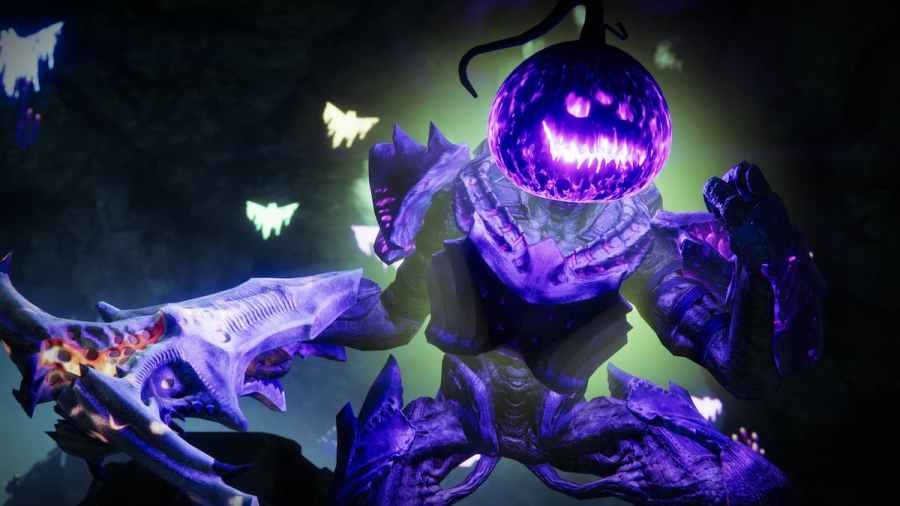 Holiday events in live-service games like Destiny 2 are something of a staple now. When a title doesn't have a concrete end date and just goes on and on, then there needs to be something to break up the monotony. For Destiny 2, there are four core holiday events: Solstice, Guardian Games, Festival of the Lost, and The Dawning. Festival of the Lost acts as the stand-in for Halloween and Día de los Muertos. In it, Guardians remember those they've lost while earning candy and wearing festive masks. It's a somber time punctuated with joy. In a word, bittersweet.

The initial Festival of the Lost in Destiny 2 had Guardians working through the "Haunted Forest," a Vex simulation that took place in the Infinite Forest. Initially headed by Amanda Holliday, eventually Eva Levante returned to oversee festivities. The concept behind this activity was running through the different levels of the Haunted Forest to earn Chocolate Coins that could be exchanged for special weapons like Horror Story and the Braytech Werewolf.

Related: Bungie is tweaking Linear Fusion Rifles in Destiny 2 ahead of schedule

In 2021, Festival of the Lost was revised as Mercury entered the Content Vault. Glint picked up the legend of the Headless Ones which haunt Lost Sectors throughout the system. Always willing to help, the Guardian joined him in his quest for knowledge. This introduced the gameplay loop of doing core activities like Strikes, Crucible, and Gambit to earn pages that must be decoded by running the Haunted Lost Sector playlist. 2022 introduced an Event Card that focused the gameplay even further and awarded masks and other goodies for completing specific objectives.

Festival of the Lost is my favorite event in Destiny 2 largely thanks to it combining my favorite game with my favorite holiday. As such, I'm apt to go whole hog and simply enjoy what it has to offer. The Haunted Lost Sectors are an absolute delight as they're fully decorated, much like the Tower. Characters like Glint, Eido, and the Drifter offer up commentary that breathes life into the game and fleshes out their characters, making me love them even more dearly. It's a festive experience that puts a unique spin on the holidays we know now.

However, no matter how much I may love the event, I can't ignore the problems that are present in it. The biggest issue is the grind that is involved to complete the Event Card and earn the seal and title. Each Lost Sector run can award a total of 10 decrypted pages. The encrypted pages drop from the core activities mentioned earlier. But there is a discrepancy in the drop rate with core activities only awarding 2-5 pages per run. Unless a Guardian is focusing the Lake of Shadows strike exclusively, they're looking at 5-15 minutes per activity, which is then multiplied for up to an hour of gameplay before they can even decrypt the pages. Add in objectives, like needing to complete dozens of Lost Sectors, and the inability to target farm loot like the holiday weapons, and what starts off as a joy quickly turns into an unrewarding chore.

Related: Who is Toland in Destiny 2?

Essentially, the core gameplay loop needs to change. Rather than require Guardians to run activities that aren't directly related to the event, everything should be tied to the event itself. Ideally, I would like to see the Haunted Forest return and have that be where players earn the encrypted pages. One run of that should award enough to then transfer into a Haunted Lost Sector run. Additionally, Guardians should be able to spend their earned candy on tangible rewards like weapon rolls and masks from years past instead of the latter being locked behind the Eververse.

With the ability to chase god rolls and actually acquire seasonal goodies instead of being forced to part with real-world money, Guardians would be more engaged with the event overall. Holiday events should be about the holiday itself and nothing else. We have plenty of time to exhaust ourselves on base game content without being forced to play it during special events.

Overall, there isn't too much that would need to change to substantially improve the quality of life for Festival of the Lost. Bungie has established a solid foundation. With some focusing and shifting of priorities, it could be even better. Fortunately, the developer has proven that they're more open to implementing suggestions from feedback, so fingers crossed we see some tangible revisions before next year's iteration of the spookiest event.

How Bungie can improve Festival of the Lost for 2023