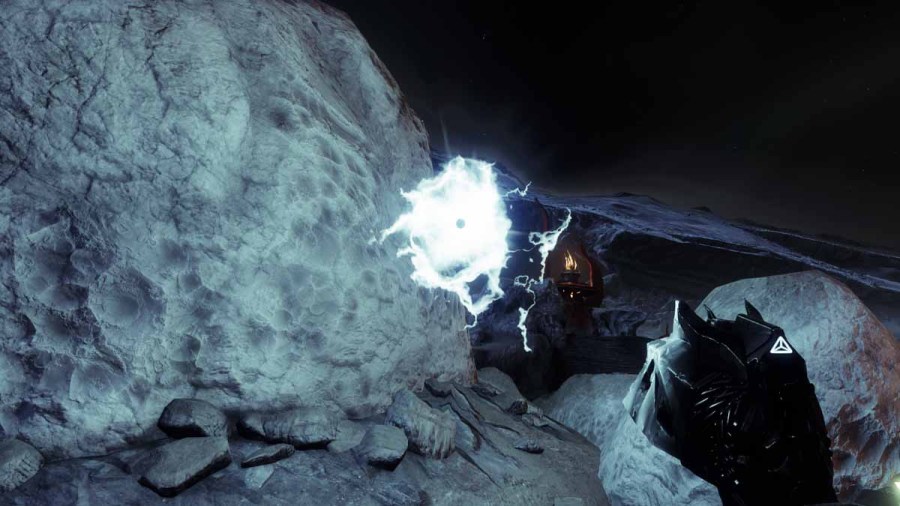 Throughout Guardians' journies and treks across the many different planets and planes in Destiny 2, they are bound to stumble across a sassy ball of light named Toland, the Shattered. He is a complicated character with an intriguing background. His motives aren't entirely clear, but he has proven to be an ally to the Guardian on more than one occasion. Here's what we know about this spunky spark.

Toland began life as a Voidwalker Warlock. His obsession with the Darkness and the Hive led many to believe he was mad. This reported madness led to his initial exile from the Last City. After an unknown period, Toland was recruited by Eris Morn and Eriana-3 to help their fireteam raid the Hive-infested moon to put down the dreaded Hive Prince Crota. Toland's information would be instrumental to this operation as he knew of the Ascendant Realm and that killing a Hive member there would break their cycle of rebirth.

It was believed that all members besides Eris Morn perished during this lunar expedition. Toland's physical form indeed perished at the hands of Ir Yut, one of the Hive Deathsingers. However, because he expressed an interest in friendship with the dread being, his spirit instead ascended death and now lives in the Ascendant Realm, drifting between Throne Worlds.

Within Destiny, Toland has helped the Guardian on several occasions. The first was during the Guardian's assault on the Taken King Oryx. When Oryx fell, and the Guardian refused to take up his mantle, Toland was enraged as it broke the Hive Sword Logic in which he believed so heavily. Toland would later be encountered when the Guardian journeyed to the Dreaming City and was instrumental in guiding them.

During the Season of Opulence, Toland's weapon, Bad Juju, was acquired by Calus. The Guardian led an assault on the Leviathan at the behest of the exiled Emperor to remove the corruption spreading because of it. This wouldn't be the last time Toland helped the Guardian acquire a new weapon. He would return with Eris Morn to help craft the Deathbringer, a rocket launcher that harnessed the power of the Hive Death Song.

Since then, Toland has been largely quiet from the perspective of the main story. He can still be encountered on the Moon in the form of Patrols, which will offer insight into the Hive and Vanguard.

For more Destiny 2 goodies, check out How to get Dawn Chorus in Destiny 2 (October 2022) on Pro Game Guides.

Who is Toland in Destiny 2?