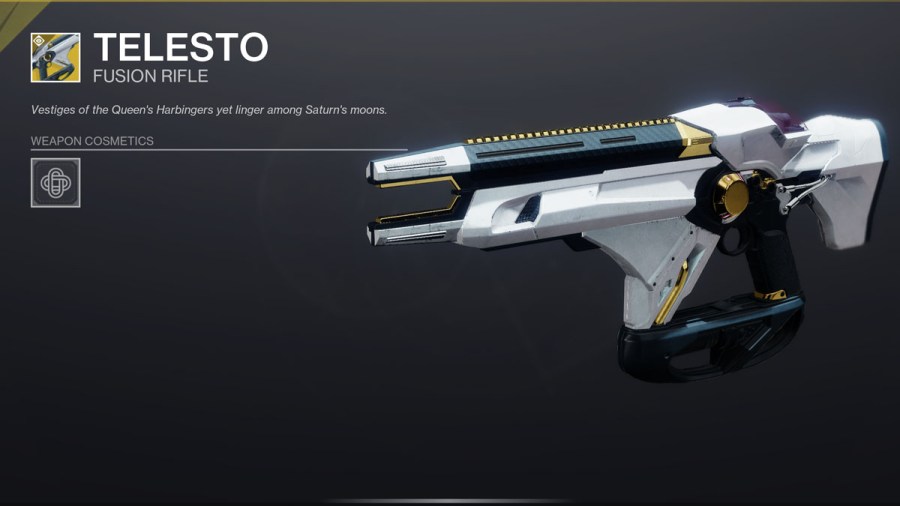 Introduced in Season 2 of Destiny 2, Curse of Osiris, Telesto has a long and storied history within the looter shooter. Most notably, the gun is infamous for its ability to cause bugs and break different aspects of Destiny 2. This has culminated in the Void fusion rifle taking over the game, handing out an emblem, and doing wonky things when shooting.

With the weekly reset on November 8, 2022, Telesto began acting up. It would fire what appeared to be random constellations of shots. The fusion rifle was also sparking and required a firm hand to reload it. Guardians across the system began searching for a pattern, trying to piece a puzzle together. The next day, Telesto would still fire the constellations, but Void trails would appear and explode when attached. This lined up with the Exotic Perk. Finally, Telesto saw fit to grace Guardians with an emblem celebrating its takeover. Now, we wait to see what the future holds.

Telesto rolls with the Unplanned Reprieve Exotic Perk. When fired, fusion projectiles attach and detonate with a delayed Void blast. Completing the Catalyst for the weapon unlocks Harbinger's Pulse. When equipped, multikills with Telesto immediately reload your equipped Kinetic and Energy weapons from reserves.