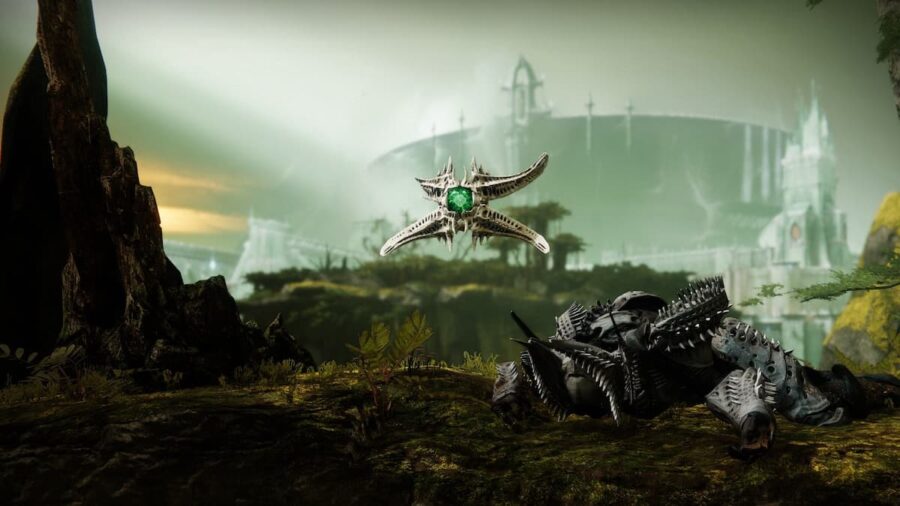 Destiny 2 has created such a rich cast of characters, with some of them even being recognized outside of the Destiny community. The Witch Queen not only brought tons of new content to enjoy, but it also brought a few new characters for us to become acquainted with. One of those characters is named Fynch.

You will meet Fynch just a few missions into The Witch Queen expansion. Fynch is a Lucent Hive Ghost, or at least was one. Fynch once believed that working with Savathûn was part of the Traveler's will, but recently started to realize that this just cannot be possible. So, Fynch decided that he would no longer take part in Savathûn's plan.

Related: What are Lucent Moths in Destiny 2: The Witch Queen?

After Fynch catches wind of us within Savathûn's Throne World, he reaches out to provide assistance until we are able to meet him for the first time. From here Fynch will act as our liaison in the Throne World. He will provide us with information and bounties to complete. He also has a reputation system similar to other NPC's in which he will give you rewards for increasing your reputation with him.

Fynch is an interesting NPC in the fact that we don't really know much about him, other than that he was a Lucent Hive's Ghost. While he is currently acting like a conscientious objector, who is to say he won't turn back. He might even be a hoax set up by Savathûn herself in order to trick us. You never can be too sure of things when dealing with a god of lies.

Who is Fynch in Destiny 2?