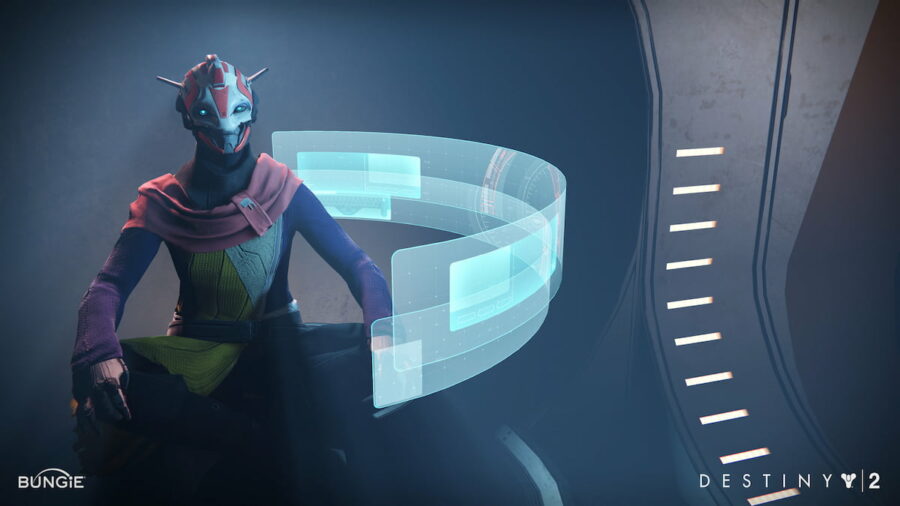 A self-proclaimed prophet and leader of the Future War Cult, Lakshmi-2 is a fascinating but flawed character in Destiny 2's lore. She is an Exo woman who believes deeply in her cause but will sabotage the plans of nay-sayers. Lakshmi claims to have seen the future, but her untimely end calls those claims into question. Here's an explanation of Lakshmi-2 in Destiny 2.

Lakshmi-2 is an Exo, hence the "2" in her name. She has been reset once, so this is her second life as an Exo. She is widely known for being the leader of the Future War Cult, which has been present in Destiny's lore since the first installment of the series. Lakshmi-2 is a driven but stubborn individual who believes worldwide war is inevitable and must be prepared for.

Lakshmi-2 believes she is a prophet and uses Vex technology to presumably see the future. She has claimed to predict some events successfully, but most predictions do not come to pass. During the Season of the Splicer, when the members of the Tower offered safe housing to the Eliksni, Lakshmi vehemently objected. She claims to have seen a vision of the Tower engulfed in destruction, all due to the Eliksni.

Even so, not many people believed her. They believed her to be a faulty prophet, absorbed in her unreliable predictions. This lack of support pushed Lakshmi to her breaking point, prompting her to take matters into her own hands. Lakshmi sent messages to the people of the Last City, promoting her suspicion of the Eliksni. Although these statements did not recruit many followers, they unsettled the general populous.

Lakshmi-2 was sick and tired of the Vanguard's complacency. Ikora Rey knowingly let her enemies into the one safe haven she had left. In her eyes, the Eliksni were conniving and dangerous and should be thrown back where they belonged—in space. She became angry, reckless, and vulnerable.

During this time, Savathûn owned Osiris, and saw Lakshmi's susceptibility to outside influence. As Osiris, she persuaded Lakshmi to open a Vex portal in the Last City- to end things once and for all. Things did end, but not in the way Lakshmi foresaw. Trampled by the masses of Vex, Lakshmi-2's body lay lifeless on the ground. The very force that promised to save her was her cause of death.

In the wake of her death, the Future War Cult fell to pieces. It had no leader because who would follow an organization formerly led by a false prophet? The Future War Cult had nothing to stand on, and thus, it collapsed. Despite Lakshmi-2's death, her body was recovered, enabling the possibility of a reboot. Perhaps Lakshmi-3 will return to lead her people once more.

Who is Lakshmi-2 in Destiny 2?