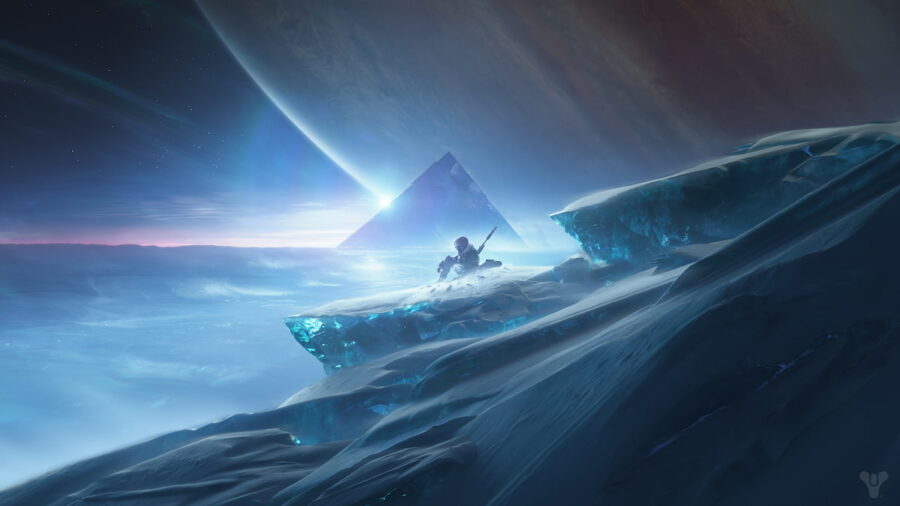 What is the backstory of the Deep Stone Crypt?

At some point in their lives, every Exo has a dream. They walk toward a tower, believing it is their birthplace. Some Exos proceed without trouble to the tower, striding through fields of golden millet with the sun's warmth on their back. Other Exos face an army. They must kill the entire army to reach the tower, first with their bare hands and eventually with a weapon.

Perhaps the dream could be forgotten if it was only an army filled with nameless faces that are mere obstacles to the place of their birth. And yet, the reality is infinitely worse. The army that every Exo must fight is made up of everyone they have ever met. Friends, lovers, passing acquaintances, and some completely unfamiliar individuals. They are most likely friends from a previous reset. Only after killing this army of the beloved can an Exo approach the tower.

The successful attempts are few and far between. A majority of attempts end with their faces in the dirt, slain by their own kindred. This dream reminds Exos of their initial purpose. The bloodlust is ingrained into their code. The dreams don't stop. They repeat ad nauseum, as if pleading with Exos to uncover the mystery of their recurrence. Find me, the tower whispers. Come back to the womb that gave you life.

What is the Deep Stone Crypt?

The Deep Stone Crypt is the birthplace of Exos, as seen by the dilapidated Exo bodies around the facility. The creation of Exos is widely attributed to Clovis Bray, the grandfather of Elsie Bray, who is otherwise known as the Exo Stranger. The Deep Stone Crypt is a laboratory where Clovis Bray conducted his experiments, such as feeding Radiolarian Fluid to humans, and communing with the Darkness.

Clovis Bray's techniques were inhumane and resulted in several deaths of test subjects. He wanted to test the effects of the very substance that brought the Vex to life, injecting Radiolarian Fluid into patients. Bray also sought to understand the Darkness, which he called Clarity. There is a section in the playable Deep Stone Crypt raid called Clarity Control, likely where Clovis Bray communicated with the Darkness.

In the Deep Stone Crypt, Clovis Bray tested numerous creation methods, all of which resulted in the patient's death. He even offered to amputate his fellow researcher's arm and replace it with a Clarity-exposed arm. These tests caused the Deep Stone Crypt to have a sterile, medical appearance, masking the horrors behind closed doors.

Why is the Deep Stone Crypt raid important?

Due to the release of the Deep Stone Crypt raid, Guardians can now set foot on the location whispered about for years. Players with an Exo character even receive a special piece of dialogue from the raid's Crypt AI, stating, "exo lifeforms present. Welcome home." It is difficult to imagine how difficult and highly anticipated this raid must be, specifically for Exo Guardians. They can finally visit the surreal place of their dreams, their birthplace.

The presence of the Deep Stone Crypt has been referenced since the original Destiny lore, all the way back in 2015. The release of a playable, six-man venture into lore made tangible- now that's incredible. Guardians can witness Clovis Bray's malpractice with their own eyes and the bodies of long-forgotten Exos strewn across the floor. Perhaps now the dreams will stop as the tower's mystery manifests.

For more Destiny 2 lore guides, come check out Who is Izanagi and what is their burden? – Destiny 2 Lore here on Pro Game Guides.

What is the Deep Stone Crypt? – Destiny 2 Raid Lore