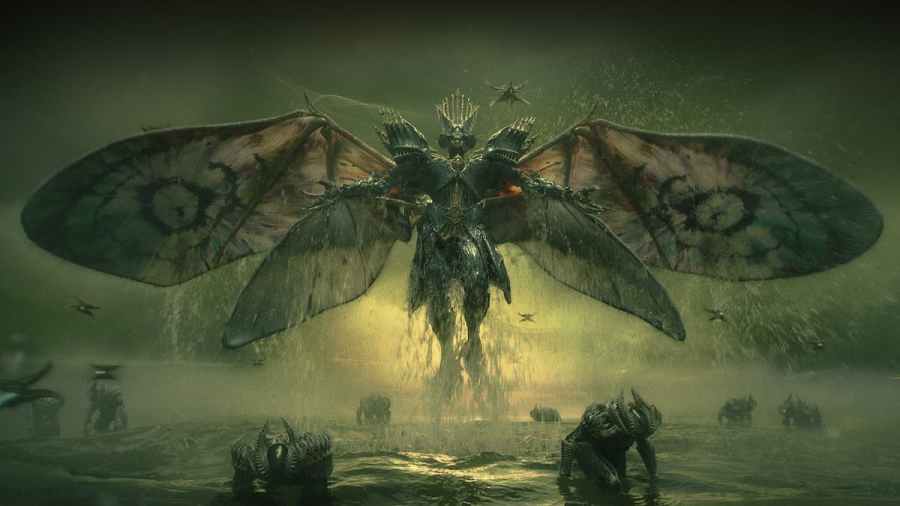 The world of Destiny is a rich and full one, and part of what makes the game so appealing is the world's deep-rooted lore, with every NPC, location, and obtainable item adding a piece to the puzzle. However, with such complex lore spread out over the solar system, the story of Destiny can become very complicated. With the Witch Queen expansion focusing on the Hive god Savathun, many players may be left wondering who exactly is Savathun and where does she fit in the world of Destiny?

The Witch Queen was not always known as Savathun, but as Sathona, sister to Xi Ro and Aurash, born on the planet Fundament, as the second child of the Osmium King. When the three sisters were betrayed by their tutor Taox, they journeyed to the center of Fundament where they made a pact with the Worm Gods: Akka, Eir, Ur, Xol, and Yul

These Gods offered the three sisters a chance to escape Fundament and achieve immortality, all they have to do is take the worm's larvae into them and spread them among the proto-Hive. The sisters chose to accept this pact and in doing so became the first Hive, with Xi Ro taking the Knight morph and becoming Xivu Arath, Sathona taking the mother morph and becoming Savathun, and Aurash taking the king morph, transforming into a male and becoming Auryx (Oryx).

Related: All Destiny 2 DLCs and Expansions

Due to the pact made with the worms, Savathun must never cease her nature, which is to be cunning. She becomes more powerful using her song to infect the minds of her adversaries as she plots and schemes ways to defeat them, feeding the worm that is inside of her. Because of this nature, she is often the puppet master behind many of the major story events, such as the Forsaken expansion, and even poking out from the shadows more with the Endless Night and Season of the Lost. In the Witch Queen, Savathun is front and center as our main antagonist, looking to enact her long thoughtout plan.

For those looking to dive deep into the complicated story of the antagonist of the Witch Queen expansion, we reccomend checking out the below video by My name is Byf, as it does an excellent job of explaning Savathun.

So there you have it, that is who Savathun is, and how she fits within the world of Destiny. Bungie has woven Savathun into Destiny's lore since the first game released in 2014, and with the Witch Queen, all the dominos Savathun has been setting up, will be knocked down.

For more on Destiny, check out How to start Hawkmoon Quest Destiny 2? right here on Pro Game Guides.

Who is Savathun in Destiny 2 Witch Queen