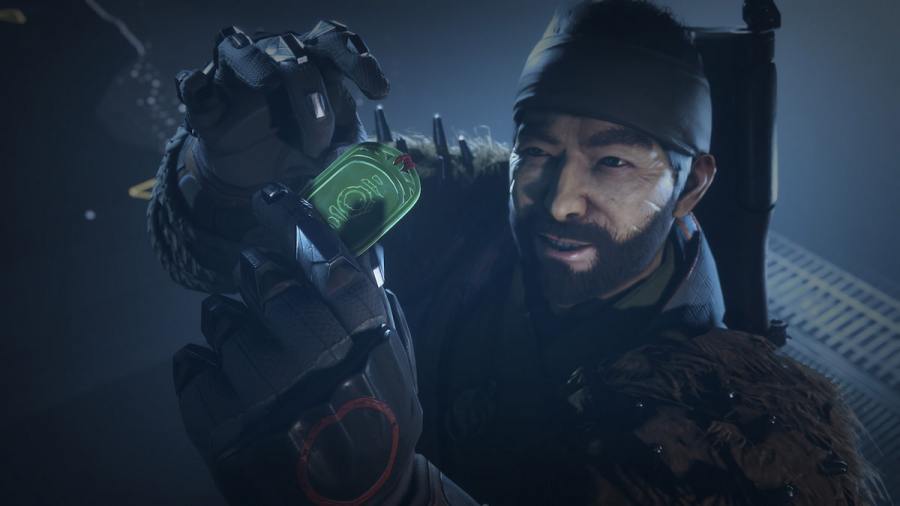 The Drifter broke stereotypical ideas of what a Guardian is when he first appeared in Destiny 2. This was largely due to him not being a Guardian but a Light Bearer. Despite being a divisive figure shortly after his appearance, the Drifter has grown to be a staunch ally of the Guardian and has offered more and more support as the years have worn on. Let's shed a little light on this mysterious character and their motives.

The mystery behind the Drifter in Destiny 2

Voiced by Todd Haberkorn, Drifter is one of the oldest Light Bearers in Destiny lore. He was initially chosen by his Ghost during the Dark Age and told to go in the direction of the Last City. Drifter, always the contrarian, set off in the opposite direction and died countless times of starvation, only to be revived by his Ghost.

Eventually, Drifter came to a small village in the East. Keeping his Light and Ghost a secret, he would do his best to provide for the villagers. During Drifter's stay, the Iron Lords appeared, with Lord Dryden coming to the village and offering them a deal. They would give the village a hefty supply of food and essentials if they could use the village as bait for a Warlord known only as the Red Man. Eventually, the Red Man got wind of the village and headed into the ambush, with the resulting battle wiping out the entire village and its people.

Sometime later, Drifter found himself owning a bar below Felwinter Peak. This bar was eventually ruined in a brawl between Lady Efrideet and another group of Warlords. Following this quarrel, Drifter headed up the mountain to speak with Lord Felwinter. Drifter informed the exo of Lord Dryden's misdeeds.

For an unknown period, Drifter worked with a squad of Risen, raiding Warlord territories. It was during this time that Drifter became opposed to the Warlord Rience. Despite requesting his fellow Risen not to deal with the Warlord, Drifter was ultimately betrayed. Not one to take these matters lightly, Drifter got his crew good and drunk before putting them and their Ghosts down.

Tired of the constant battles on Earth, Drifter put together a new crew and took them outside the system. In the deep reaches of space, the Drifter and his crew landed on a cold, isolated planet that seemingly repelled Light. Here, they found gigantic shadow creatures imprisoned in stasis with others wandering the planet. These beasts seemed to cause the Light to shy away from this place.

Due to the hostile nature of the planet, the crew died thousands of times. However, they discovered that if they died in the presence of one of these creatures, there would be no coming back. Over the centuries, several of the crew fell victim to this, with the survivors blaming one another. Drifter promised the survivors he would kill them if he had to.

As Dominus Ghaul took over and limited the Traveler's Light, the effect reached Drifter and his crew back on Earth. Suspecting them of betrayal, Drifter eliminated the last few crewmates. Following instructions from his Ghost, he combined the other Ghost's parts into his own, allowing it to see and emit light and energy in a multitude of spectrums. This allowed Drifter to escape the dead planet.

Returning to the inner Sol system, Drifter came across Shin Malphur in his hunt for the shadows of Yor. Their alliance was an uneasy one that ultimately served both of their purposes. With Shin's blessing, Drifter proceeded to the Last City and introduced Gambit to the Guardians. From there, his presence has been growing, and he is slowly gaining trust with the last vestiges of the Light in their fight against the Darkness.

Who is the Drifter in Destiny 2? Lore, Voice Actor, and More!