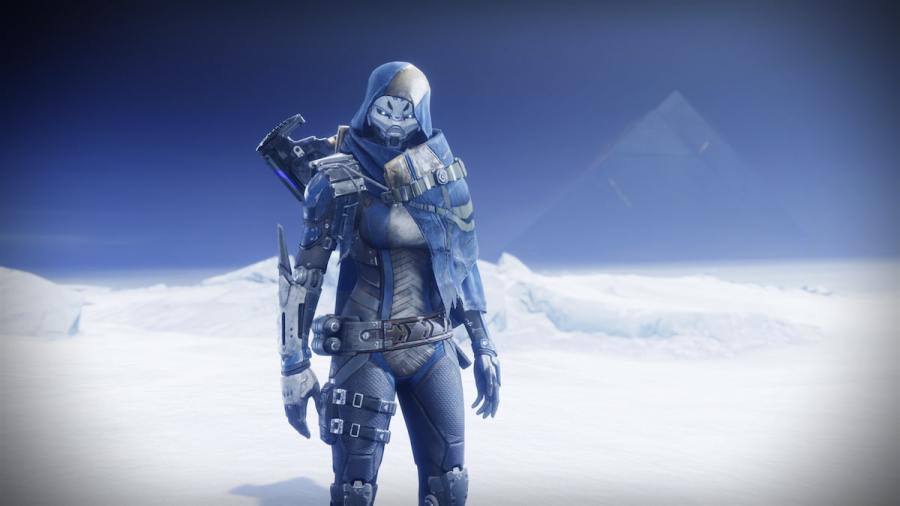 Destiny is a world full of rich lore and captivating characters. Unfortunately, most of it is told in lore cards that aren't always revealed in order. It's like putting a puzzle together and is satisfying for some while simultaneously being maddening for others. One of the more complex characters is the Exo Stranger.

The Exo Stranger first met the Guardian in the original Destiny while they were exploring the Moon. She asked that the Guardian come to see her on Venus should they survive their trek into the Hive-infested corridors. From there, she advised the Guardian to seek a way into the Black Garden to destroy its heart and heal the Traveler. After completing this task, the Exo Stranger gave her pulse rifle to the Guardian.

Destiny 2 saw the return of the Exo Stranger with the Beyond Light expansion. On Europa, she helped the Guardian harness the powers of Stasis alongside the Drifter and Eris Morn. While exploring the facilities of Bray Tech, it was revealed that the Exo Stranger was, in fact, Elisabeth "Elsie" Bray, granddaughter of Clovis Bray and sister of famed Hunter Ana Bray.

Due to a hereditary neurological disease, Elsie's body was failing her. Despite having a strained working relationship with her grandfather due to his dubious morals, Elsie eventually allowed him to transfer her consciousness to an Exo body.

Shortly after this, the forces of Darkness converged and took the Last City, scattering the remnants of the Light. Humanity and the Guardians fell, with many turning to the Darkness itself. As the Traveler fled and abandoned humanity to its fate, Elsie, Ana, Zavala, and a resurrected Rasputin worked on a plan to track it down and retake the Light.

As she worked to take down the traitor Eris Morn, the Traveler and its Light were surrounded by the Darkness. The Light exploded and left Elsie transported either back in time or to another reality where the events that led to the destruction of humanity had yet to play out. She then devised a plan to prevent that future from happening again.

For more Destiny 2 goodies, check out How to get the Destiny 2 30th Anniversary Pack for Free on Pro Game Guides.

Who is the Exo Stranger in Destiny 2?