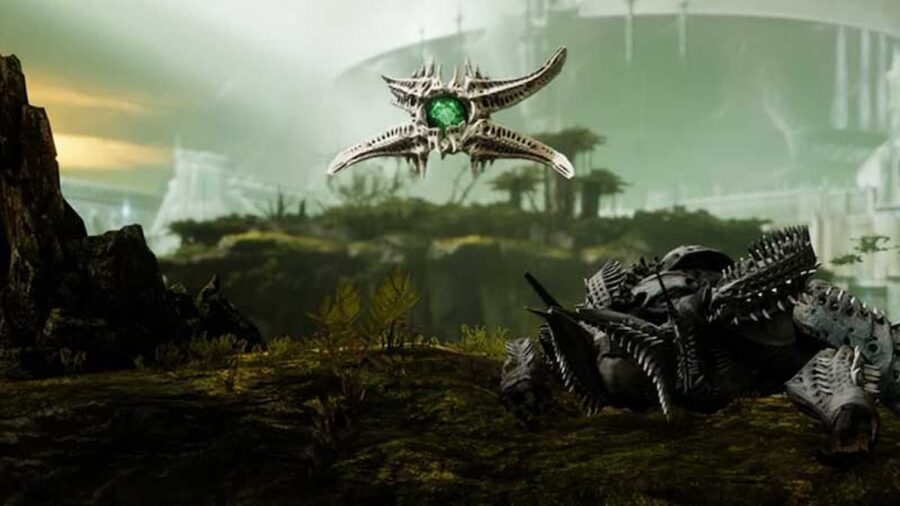 Fynch, the planetary vendor for Savanthun's Throne World, is the newest character to have joined the game with the Destiny 2: The Witch Queen expansion. This little flying bit of light is voiced by none other than Ian James Corlette.

Destiny 2: The Witch Queen isn't the first rodeo for Corlette. He's previously voiced characters in Marvel vs. Capcom: Infinite and the 2016 Ratchet and Clank reboot. Other than that, Corlette was the voice behind Goku during the first few years of the Dragon Ball series.

Related: Who is Taox? – Destiny 2 Lore

Corlette's voice does bring Fynch to life in every sense. Although, we're still not sure if we can trust Fynch just yet. He is a ghost who ended up serving Savathun and the Hive. Fynch may have some vested interests behind helping the Vanguard. Why he chose to avoid reviving his Hive Guardian is still unclear and he could very well be under Savathun's control.

You will come across Corlette's Fynch in the Quagmire area in Savathun's Throne World. You can purchase bounties and upgrade your Deepsight abilities from him as well.

That said, check out more guides like All new Destiny 2 Exotics in The Witch Queen & how to get them only on Pro Game Guides.

Who is the voice actor for Fynch in Destiny 2?