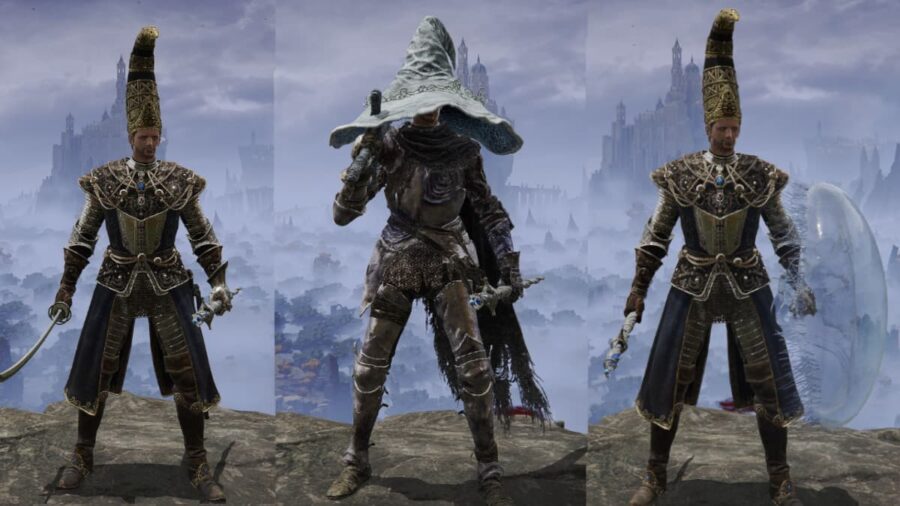 Elden Ring has many potential weapons, spells, and skills to use. It can be hard to choose an effective and fun build to play. Here is a list of the best intelligence builds to try.

The Frost Mage build plays similarly to the Moonveil Samurai, except using the Dark Moon Greatsword Ash of War Moonlight Greatsword, this skill will imbue your greatsword with frost and add a unique effect to your heavy attack (R2), which will throw a frost wave in front of you. You can combine this with Greatblade Phalanx to stagger enemies quickly. This build also uses the Snow Witch Hat, which increases your cold sorcery damage. Using cold sorceries like Adula's Moonblade, Zamor Ice Storm, and Glinstone Iceberg benefit from this bonus, and when combined with the Moonlight Greatsword you can trigger the frostbite effect on enemies regularly.

The Sorcerer focuses on ranged spell casting and avoiding melee range. This build uses the Jellyfish Shield's Ash of War Contagious Fury, which boosts all damage by 20% for 30 seconds. Combining this with Terra Magica will further increase your ranged spell damage. Your primary spell is Great Glinstone Shard which has a cheap cost and solid damage. Rock Sling is used to stagger aggressive enemies to keep them away from you. Loretta's Greatbow is a long-range spell that can be charged for extra damage. Comet Azur shoots a beam directly in front of you and will shred enemies as long as they stay in the beam, this spell is situational but well worth using on slow-moving or larger enemies.

This build centers around the strength of the Moonveil Katana's Ash of War, Transient Moonlight. This skill has the same animation as the Unsheathe Ash of War, except it adds a magic wave to the attack. This wave does tremendous damage and has the potential to stagger enemies. Combining this skill with the Greatblade Phalanx allows you to often stagger enemies to get critical hits. The Carian Regal Scepter is an S Intelligence Scaling Staff that can be used to cast ranged spells. You can also add spells to this build that are to your liking.