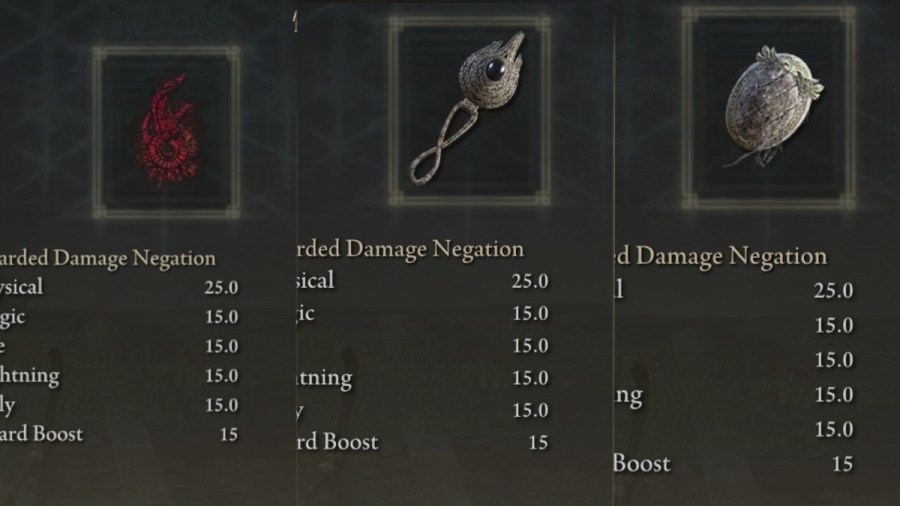 The Godslayer's Seal is the most well-rounded Seal to use. This Seal doesn't boost the damage of any one kind of incantation (more on that below), but it does have great Faith scaling, starting at C and reaching S Scaling at +14. This Seal also starts with high incantation scaling to increase your overall damage.

You can find this Seal in Stormveil Castle. There is a small room with rats and an Imp statue requiring a Stonesword Key from the courtyard. The Seal is located on the other side.

Depending on your build and playstyle, there are other Sacred Seals that will outperform the Godslayer's Seal because they increase the damage of specific incantations or scale better with other stats.

The Clawmark Seal is obtained from Gurranq, Beast Clergyman after giving him a Deathroot. Gurranq is found at the Bestial Sanctum in northeast Caelid, which is best accessed via the sending gate just north of the Third Church of Marika.

The Dragon Communion Seal is found in the Fringefolk Hero's Grave. To access this mini-dungeon, you will need to return to the Stranded Graveyard Site of Grace (the first Site of Grace in the game) and use a Stonesword Key on the Imp Statue.