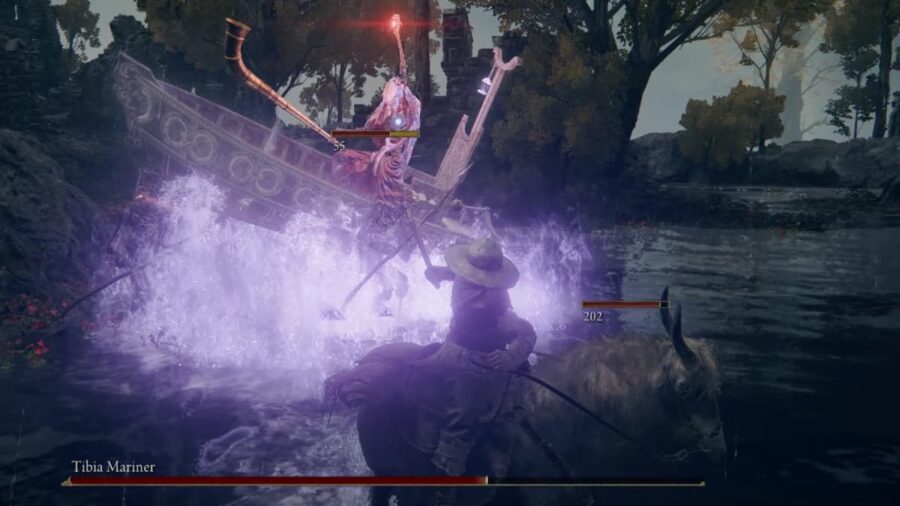 In the Village of Summerwater, you will encounter the boss Tibia Mariner. To get through this difficult encounter, you will need to know a few key strategies. The main method is to use your horse and attack only when mounted.

Doing so allows you to get in, get out, and avoid most of Tibia's AOE attacks. We recommend using a fast-hitting weapon or a heavy-damage weapon so that you can deal as much damage as possible every time you go in for a strike.

Related: How to level up your character quickly in Elden Ring

The boss will also occasionally spawn undead. To deal with the spawns, we recommend summoning spirits to act as a distraction. This way, you will be able to focus all of your efforts on widdling the boss' health down.

Ignore the summons and keep attacking and running, and you will beat Tibia Mariner. Doing so rewards you with one Deathroot that you can then present to the NPC D.

D will then offer to mark a location on your map to meet another NPC. You can find D at the Roundtable Hold, which unlocks later in the game.

For more on Elden Ring, Pro Game Guides has you covered!

How to Beat Tibia Mariner in Elden Ring