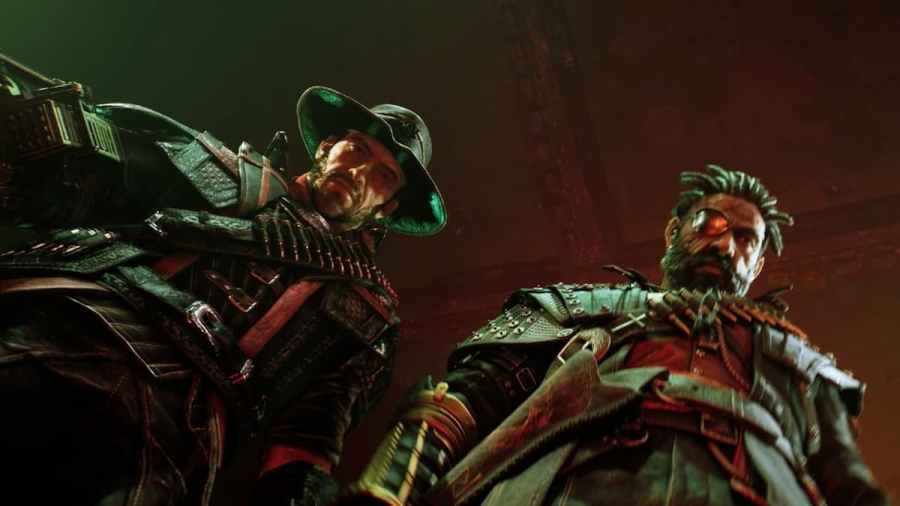 Evil West is a supernatural take on the Wild West and sees Jesse Rentier starring in an action-packed adventure. Your primary enemies are the vampires and their various spawn and monstrous servants. You will also battle various bosses, including Peter D'Abano, a necromancer turned Vampire Highborn. This may leave you wondering how to beat the Vampire Highborn in Evil West.

The Vampire Highborn is the first major boss you battle outside of the Carrion Husk in the first mission. The Vampire Highborn is the boss at the end of Evil West's second mission, The Raid. This boss can be challenging as you are still learning the game, and it has several powerful moves. Make sure you have spent any skill points before fighting this boss. Here is how to defeat Peter D'Abano in Evil West.

The Vampire Highborn has a few ranged moves, one of which will have a glowing weak spot when it begins this move. Use your rifle to shoot these and deal a good amount of damage to it. The other ranged attack must be dodged, but you can simply roll to the side to avoid this.

Besides these, Peter D'Abano will primarily fight with melee attacks. Two of its attacks can be interrupted by kicking it, and the boss will glow once it uses these moves. These are the leap and strong claw attack. In addition, it will perform a swiping claw attack and wing attack—dodge both of these.

For dealing your own damage, we recommend sticking close and using melee attacks. This is faster than shooting the Vampire Highborn and deals more consistent damage. If Peter D'Abano gets away from you, close the distance quickly and return to melee attacks. The only time you should be using ranged attacks is to strike its weak spot when it uses the ranged attack. Make sure you keep your health full and heal when you get hurt.

For more information on Evil West, check out All collectibles in The Raid in Evil West and How to play co-op online with friends in Evil West on Pro Game Guides.

How to beat Peter D’Abano in Evil West