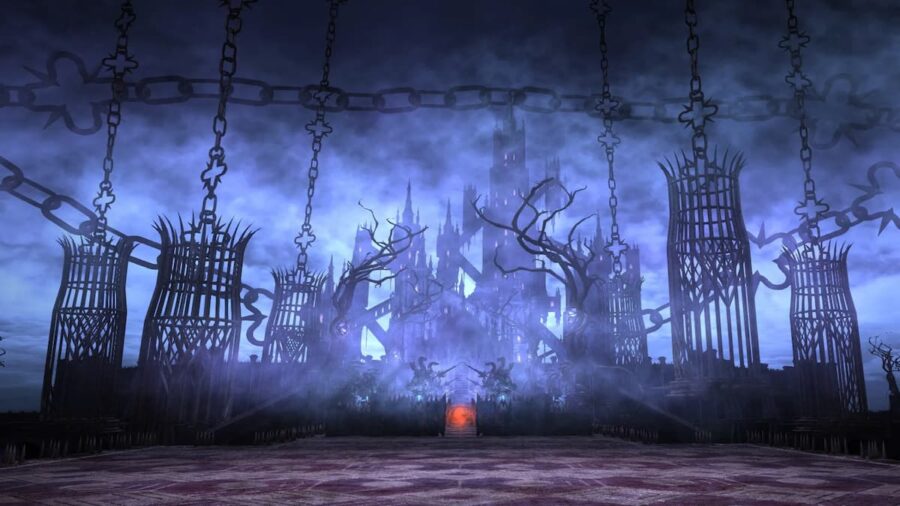 The Pandaemonium raid introduced in Final Fantasy XIV: Endwalker has something for everyone—there's quite a bit of interesting lore included in the story, each boss fight brings a grueling-yet-fun challenge to the table, and special equipment called Limbo gear is available as a reward for those who are strong enough to survive the raid.

Limbo gear can be a bit complicated to obtain, though, since it doesn't drop as a reward for clearing the raid. Instead, players receive Unsung tokens that they can then trade for individual pieces of gear. There are four Circles of Asphodelos, with each Circle offering a different collection of tokens available to players. To help speed up picking up Limbo gear, we've put together a guide for finding Unsung tokens and trading them in.

Gear that can be obtained from the Pandaemonium raid

Each Circle of Asphodelos can only be cleared once-per-week, with players only allowed to claim one drop-per-raid. Due to this, players can only obtain a total of four Unsung tokens each week, meaning it will take quite a while to build an entire set—about five weeks, at least.

The Warrior of Light and Themis work together to fend off Erichthonios, bringing him back to his senses. Realizing that part of his memory is missing, Erichthonios then decides to join The Warrior of Light in their search for the truth behind what's happening inside of Pandaemonium. The tokens that can be obtained through completing Asphodelos: The First Circle are:

Related: How to get the Wivre mount in Final Fantasy XIV Endwalker

The Hippokampos, a water-based monstrosity, is the second boss encountered in the Pandaemonium raid. The Warrior of Light and his group are confronted by this escaped beast while exploring Pandaemonium but are eventually successfully containing the Hippokampos once again before continuing onward. The tokens that can be obtained through completing Asphodelos: The Second Circle are:

The third boss encountered during the Pandaemonium raid is the Phoinix, described by Erichthonios as the most dangerous creations stored within Asphodelos. It is an enormous, immortal firebird created by the Words of Lahabrea and attacks by bathing the surrounding environment in flames.

The Warrior of Light and Themis manage to overcome this avian beast and contain it, along with discovering the identity of who released the Phoinix from its cage. The tokens that can be obtained through completing Asphodelos: The Third Circle are:

Related: How to get the Wind-up Herois Minion in Final Fantasy XIV Endwalker

In the Fourth Circle, Hesperos is exposed as the mastermind behind the chaos surrounding Asphodelos and Pandaemonium and the final boss of the Pandaemonium raid. Initially thought to be a kindhearted ward of the facility, he reveals himself to be a devotee of Lahabrea before attacking the Warrior of Light.

Hesperos is eventually defeated and, in a twist, decides to take his own life to avoid capture. With the threat lifted, Themis and Erichthonios then started repairing the facility and stabilizing Asphodelos. The tokens that can be obtained through completing Asphodelos: The Fourth Circle are:

After collecting enough tokens, players can exchange them for Limbo Gear and Discal Tomestones by talking to either Djole in Radz-at-Han or Mylenie in Labyrinthos. Obtaining each piece of Limbo Gear requires trading a certain number of Unsung tokens of the corresponding gear-type, and the amount required for each piece of gear is as follows:

The Discal Tomestones will be available to trade-in for a Limbo weapon at some point in the future, so be sure to collect them. It'll take a bit of time to build a full set, so the sooner you start, the sooner you'll own some Limbo gear of your very own!