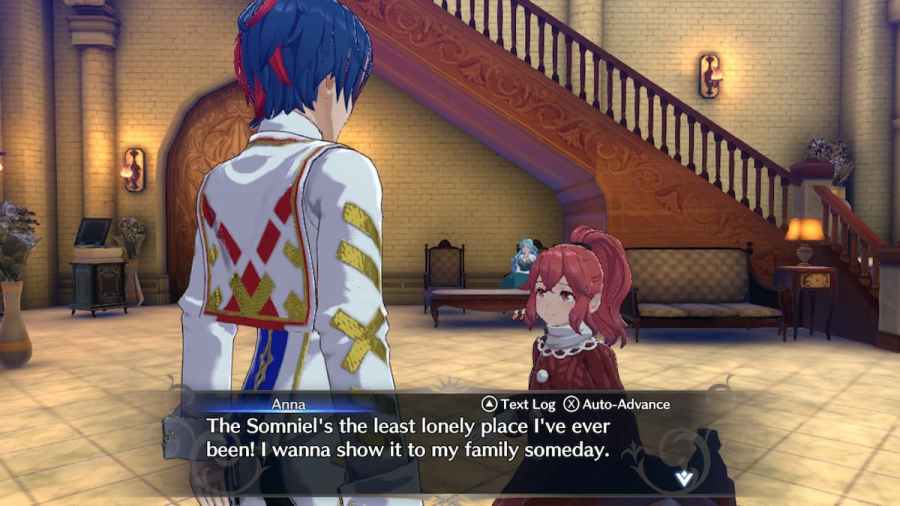 At first glance, Anna seems like one of the throwaway characters in Fire Emblem Engage. She comes to level one around Chapter 7, wielding an Axe that can barely kill the enemies on her own paralogue. However, leaving her on the bench might be a mistake because a simple class change can turn her into a powerhouse by midgame.

What should players reclass Anna to in Fire Emblem Engage?

Believe it or not, Anna makes an excellent Mystical unit for Fire Emblem Engage. Both her Magic and Speed growth rates are 50%, which is way better than her pitiful 15% Strength growth. Players get access to Second Seals after Chapter 8, and it's wise to spend one of those Second Seals changing Anna from an Axe Fighter to a Mage.

Keep in mind that Anna does need a Magic proficiency to change her class to Mage. Therefore, players should build their bond with the Celica ring to level 6, which only requires about 500 Bond Fragments.

Related: Best Emblems for each Character in Fire Emblem Engage

When Mage Anna reaches level 10, there are two Advanced classes players will want to consider promoting into: Sage and Mage Knight. Anna will eventually have a huge Magic stat in either class. Mage Knight will give her a mount and Levin Sword access, whereas Sage can improve her Magic stat even more if she is around other Magic users.

This decision will likely boil down to the individual player's team composition. If the player is using lots of tome users (Celine, Citrinne, Ivy, etc.), they might want to consider Sage for Anna. Otherwise, Mage Knight will give Anna extra mobility along with her kill potential.

As a final recommendation, Anna could actually work well as a Bow Knight. This won't boost her Magic growth at all, but she will get access to Radiant Bow, an incredible power Magic bow. Her Speed growth will also jump to 70%, so she should be doubling enemies regularly in Bow Knight.

The Best Class for Anna in Fire Emblem Engage