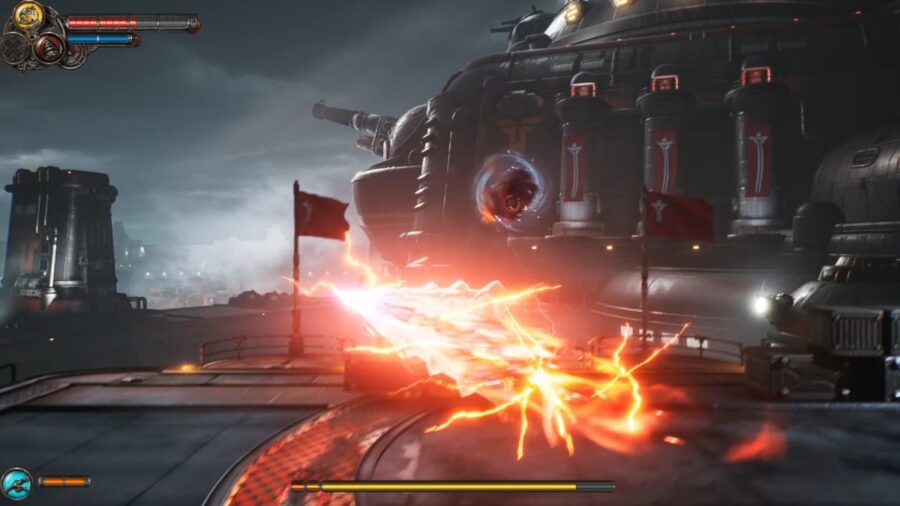 So you've recovered a new piece of equipment, the Drill, which allows you to glide up to The Torch, the prison that is holding your dear bear friend Urso. And after making your way through the area, you'll reach the roof, and there you meet the villain you've seen a few times called the Commander.

Can you defeat Cicero?

Of course, this is a boss battle, and you've had a few of these before. Yet, none as deadly as this guy. It starts off as a normal boss fight, but you swiftly realize you are utterly outmatched. We believe you cannot defeat the Commander here and now. Sure, you can deal a lot of damage to him, but you cannot die in this fight because it triggers a flashback cutscene as you reminisce about older times.

If you could defeat Cicero when you died, you would respawn back at your last checkpoint as nothing happened. and retry, but since story elements happen, we think it's safe to say you cannot win this fight. However, if you are an extremely skilled player, you may actually "win" the fight, but the game will play out the same, either way. The same cutscene will occur, of you losing, then triggering the cutscene.