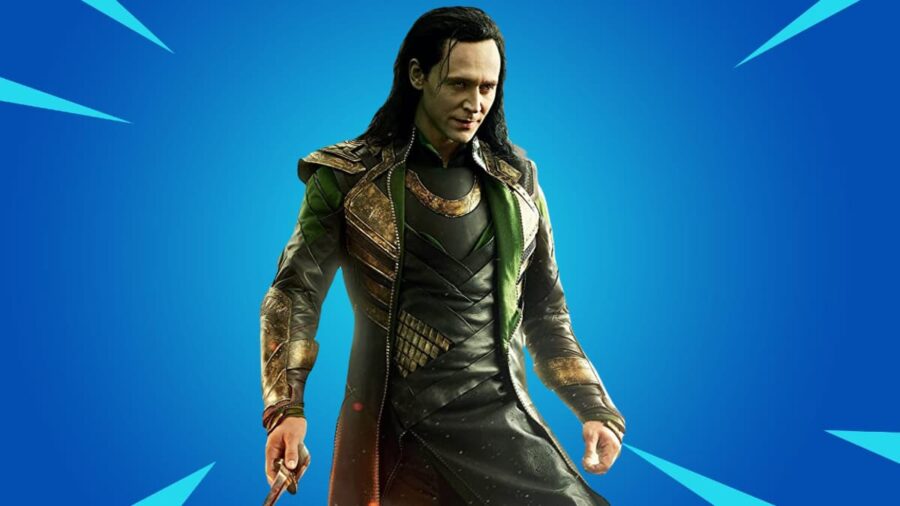 Fortnite has once again put out just enough information to let us know what's coming, but still keep us talking to increase the hype. The grapevine's latest rumor is that a Loki, one of the most loved Marvel villains, is going to have his own skin in Fortnite. Here is what we know about this rumor so far.

Let's start with the most pressing evidence. In the fourth drop for May's Fortnite Crew pack, subscribers received a loading screen featuring the Cuddle Team Leader, called The New Team. In the background of this loading screen, on the left, you might notice a silhouette that looks remarkably similar to Loki holding his staff. Still, even with evidence as strong as this, it doesn't confirm that it's him. Let's continue.

However, given the all-too-convenient timing of it all, one can't help but wonder if the Foreshadowing are hinting towards Loki. For players that have complete part one of the Foreshadowing quests, we have heard the mysterious radio messages references to high-tech military equipment being used, which is exactly what something that Marvel's S.H.I.E.L.D. might do.

That's what we know so far. It's not much, but it's certainly sound evidence to suggest that Fortnite isn't anywhere near finished with the Marvel Universe crossovers.

Did you know we keep up-to-date with the latest Item Shop in Fortnite? Check it out on our Fortnite Item Shop page!