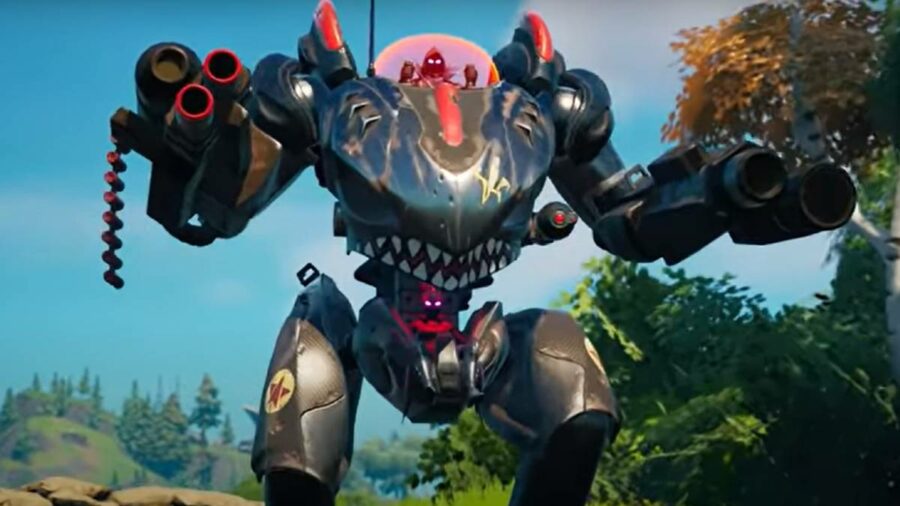 B.R.U.T.E.s were piloted mechs that were introduced to Fortnite back in Chapter 1, but have been absent for all of Chapter 2 until Season 8. As of patch v18.40, they can now be funded via J.B. Chimpanski's War Effort boxes in an effort to convince Fortnite to bring them back!

Since Fortnite has boomed in popularity since Chapter 2 started, a significant number of players are completely new to this vehicle and know next to nothing about it. Here is everything we know!

The most important thing that a lot of people want to know is how to fund the B.R.U.T.E. to make sure it is the next thing added to the game. This can be done by going up to one of J.B. Chimpanski's War Effort boxes on the map and contributing 50 Gold Bars to the mech. The following list provides all the locations where you can find one of the War Effort donation boxes.

Related: Where to find NPC #28 Kakashi in Fortnite Chapter 2 Season 8

Once you have approached one of the War Effort boxes, be sure to contribute the Salvaged B.R.U.T.E. When it reaches 100 percent funding, they will be added to the game!

The Salvaged B.R.U.T.E. that players can fund is different than the original version that was available in Chapter 1. Here's how:

That's everything known so far about the B.R.U.T.E.!

Be sure to check out our Fortnite Homepage for all the latest news, guides, and info for all things Fortnite!

How to Get a Storm Forecast from a Character in Fortnite: All NPCs Selling Future Storm Circles (January 2022)