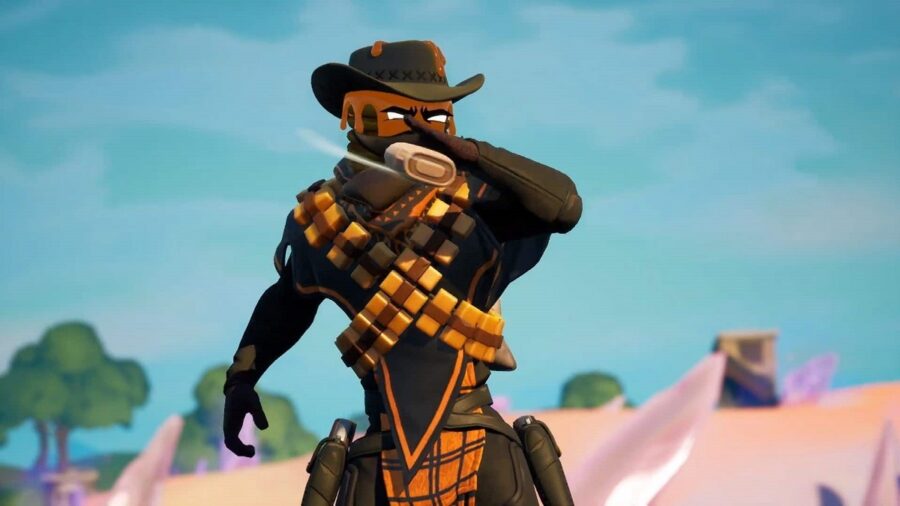 After Marvel gave a resounding WHACK to Galactus in the last season, anything could happen in this new season of Fortnite; the Battle Royale has truly changed once again. No doubt players have started to get accustomed to the new map "Zero Point," and now, with 15.10 looming over us, here is everything that has changed.

The Fortnite 15.10 Patch has been officially announced and will be released on December 15th at 4 AM ET (09:00 UTC). We expect this to be a massive patch (approx. 23 GB), as it includes High-Resolution textures and the new Performance Mode.

The downtime for this Fortnite update will start at 4 AM ET (09:00 UTC) and will end roughly about 7 AM ET (12:00 UTC) though this may vary depending on how swiftly Epic can upload the patch. In other words, don't wait around for it, even if you're excited to play!

Here's where we will be detailing all of the updates and changes that have been added to the game and haven't been covered by Epic. If you're looking for leaked skins, we will have a full look at them right here. We'll update them as soon as new ones have been leaked.

A new Performance Mode is coming with 15.10. This new mode is completely optional, but if you are not getting the smooth framerate that you are after, you definitely want to use it, especially if you are using older hardware. We have covered this update in another news article, so check our Performance Mode article here for how to enable it and how well it works.

High-Resolution textures are coming to Fortnite PC, very much like Performace Mode is completely optional, so if you are short on HDD space, then you don't have to download the 14.48GB files. If you are going to use Performance Mode, do not enable these textures, as you'll lose some frames by doing so.

Though, if you are using high-end hardware, then downloading these textures will make the game more beautiful than ever before.

Here are the official patch notes that were sent out to content creators from Epic:

Winter is coming this week. Join Snowmando for new Quests, chilling items aadded to theIsland and new and fan-favourite LTMs you won't wanna miss. Complete all the Operation: Snowdown Quests and earn a ton of free snowy cosmetics, including two exclusive Outfits!

Mancake misplaced his stash of weapons throughout the Island. The new Cowboy Repeater Rifle combines a rapid shooting style with dead-eye accuracy. Syr-up!

Save up those Bars because the fire-loving Blaze has also been equipped with an Exotic-class weapon for sale, the fiery Dragon's Breath Sniper. To combat the heat, a new character has arrived and will be packing their own chilly armaments.

Based on player-requested feedback, we've added an option to toggle on or off Pre-Edit, with Pre-Edits 'off' new builds will appear in their default, unedited state when building.

On the next gen hardware front, 15.10 brings '120 FPS Mode' option for a buttery smooth framerate that would make Mancake blush. Note: In 120 FPS Mode, the resolution display will be capped at 1440p on PlayStation 5, and Xbox Series X, and 1080p for Xbox Series S.

Drop in to a new LTM playlist, Spy Within, featured new games made by top community creators. The team of Spies must hunt down the team of Agents as they complete objectives. Don't act sus, or the agents will vote you off the Island.

These are snippets of information that have been data-mined but not official as of yet. So take everything with a pinch of salt.

According to data miner LunakisLeaks, the 14 Days of Fortnite is coming back; not much information is known about it. However, we do have this nugget of information.

Some Variables Got Added On V15.00 For The Upcoming Christmas Flopper

Be prepared to hop on the Winter Airplanes again this year, as some are being unvaulted! Well-known Fortnite leaker Twea has managed to find some files in the last patch 15.00 that highlights planes are making a comeback, or on this occasion, potentially one, a "Santa Biplane."

“Winter Airplanes have been added In v15.00. Planes will be making a Return this Holiday.”

Winter Airplanes have been added In v15.00. #Fortnite

Planes will be making a Return this Holiday pic.twitter.com/fDp2yoz8lb