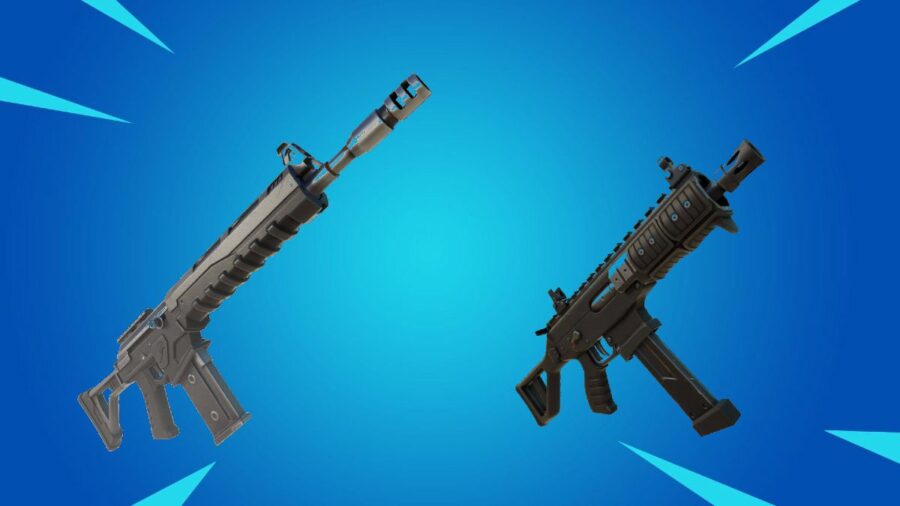 Anyone following any Fortnite Twitter personalities has undoubtedly seen the newest guns added to the game, the Combat Assault Rifle (AR) and Combat SMG. These are alternative forms of the AR and SMG, and many players consider them superior to the standard and burst forms. In this guide, we provide the stats for these guns and how you'll get them in the game.

We have pulled these weapon stats from the Fortnite files themselves. You can use them for comparison to each other to see which gun might better suit your playstyle.

When will they be unvaulted?

For the first time, Epic Games gives players the option to choose which weapon they can unvault. You may have noticed that in Chapter 2 Season 8, there are War Effort donation boxes around the map. This is how players can bring either the Combat AR or Combat SMG to the game.

Players can approach the War Effort donation boxes and contribute to the weapon they would like to use in the future. Once one weapon has been 100% funded, they will bring that one into the game and keep the other one vaulted.

How do we get them?

There is no guarantee how we will get the weapons once they are released. However, chances are they will be available as floor and chest loot. Since there is still crafting in Chapter 2 Season 8, it is also possible that the only way we can get them is by collecting Nuts and Bolts and using them to change an AR/SMG into their respective Combat versions. This page will be updated once we have more information on this.

That's everything we currently know about these new weapons!

Be sure to check out our Full Fortnite Chapter 2 Season 8 Guide for all the latest content and guides for this season!