Our guide to the Heavy Sniper will walk you through its stats, damage, where and how to find it, plus feature some tips to utilize to its fullest extent in Fortnite!

We got a pretty powerful weapon last update with the Double Barreled Shotgun, and now we're getting a strong new Sniper Rifle! This one is interesting because it will instantly destroy any type of wall/ramp that is in front of it. All material types go down in one shot: wood, brick, or metal. This opens up some interesting strategies for duos and squads, but it's unclear how well this will translate into solos. 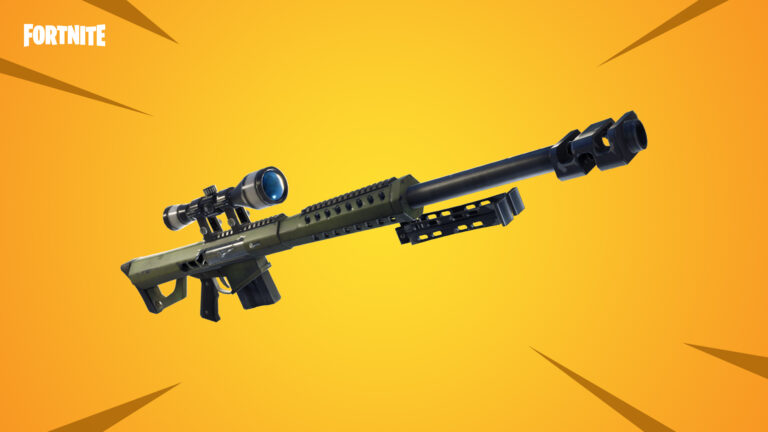 You can check out the Heavy Sniper in action with the video below!

The Heavy Sniper was released on August 15th, 2018. It was officially announced on the 12th of August, but had been leaked from dataminers previously.

This gun does heavy damage to buildings and structures. The epic version doess 1,050 and the legendary version does 1,100. This is relevant for structures that aren't built by players due to their higher hp.

You'll be able to find these in chests, supply drops, and vending machines. In rare situations you also might find one as floor loot.

If you are struggling with this weapon, check out our Snipers Tips & Tricks Guide!