Snipers in Fortnite are likely the most difficult class of weapons to get good with. They have a high learning curve, but once you get it down you will start seeing your winrate increase big time! Our sniper tips guide goes through the basics of the gun with the damage and stats, how-to aim the sniper rifle, discussing bullet drop, and then finally go through tips and tricks which should help you increase your skill!

Most people probably know this, but the hunting rifle and crossbow are classified as snipers. Snipers have a 2.5x multiplier for headshots, so a bolt-action, heavy, & hunting rifle will finish off a target at any hp if you dome someone!

These Sniper classed weapons have been added to the Vault and are not currently in the standard Battle Royale mode (they can show up in LTMs, Creative, and Playground). Weapons are rotated in and out of the Vault to keep the game fresh.

The hardest part about getting good with snipers in Fortnite is learning how to manage bullet drop. What is bullet drop? When you fire just about every other gun in the game, the bullet instantly arrives at the target, this is called hit scan. With bullet drop, the bullet takes time to travel to the target, but also DROPS towards the ground as it travels. This means not only will you have to time your shot based on your enemies movement, you will have to aim higher depending on how far your target is.

Snipers got a change to their bullet drop distance in the 7.20 Patch:

The following projectile-based weapons now have the same projectile trajectory as the Heavy Sniper Rifle:

You'll have to adjust a bit now because basically all snipers act the same as the heavy. This has less drop than the other weapons had for the most part, so you won't need to aim as high to hit your shots anymore. 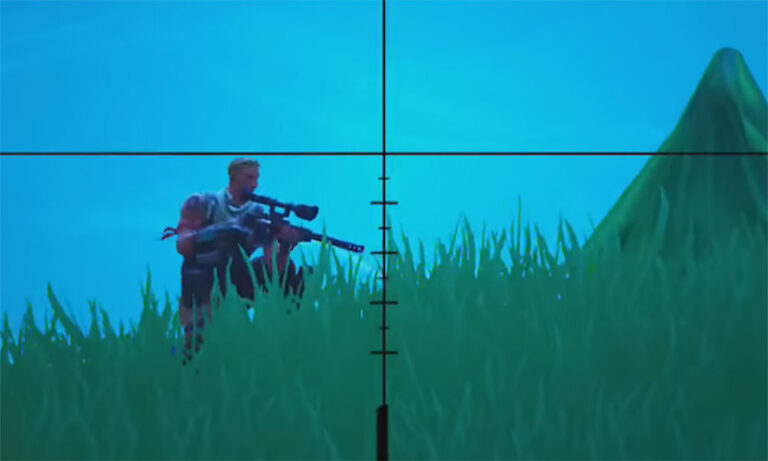