It's time to complete another week of challenges during Fortnite's season 3 battle pass! We're onto week 5 and this week we'll be hiding ourselves in a bush, searches for chests in Moisty Mire, beating people senseless with our pickaxes, checking out the food in various gas stations, treasure hunting around Anarchy Acres, firing pistols, and joining the fray at tilted towers!

Be sure to finish up your Season 3 Battle Pass Challenges for Week 4! 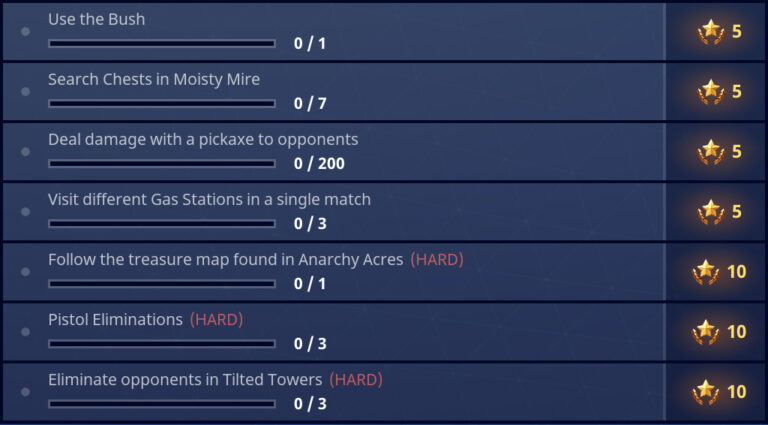 This doesn't mean go into a bush and hide, you actually need to use the bush item! The hardest part about this one will be finding a bush. They drop out of chests for the most part, but I believe they can also be found as floor loot.

While this is going to be an annoying challenge this is still far better than the Wailing Woods version. The hot spot is going to be where you see the three chests below in the north east. That's at a huge tree that has a few chests surrounding it. The area north west of the mire is the unnamed jail area which VERY likely won't count for the challenge. The chests to the south west are likely in play so they could be the easiest to grab. Credit to Fortnite Chests for the image. 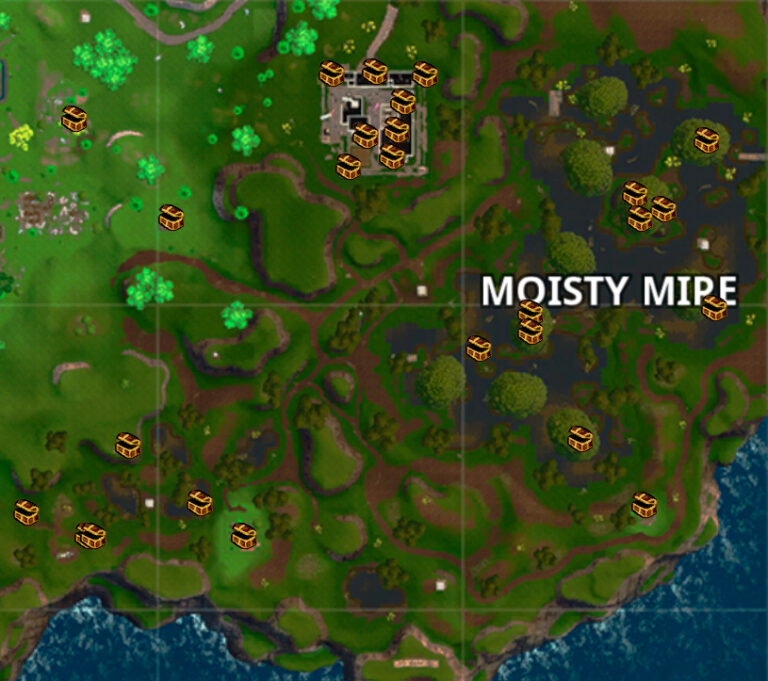 Deal damage with a pickaxe to opponents

This is going to be fun! You are likely going to be attacked pretty heavily with pickaxes when you land now as people try to complete this challenge. However, the best way to complete this is to do duo or squads and knock someone then proceed to pickaxe them to finish them off. You'd only have to do this around 3 times to get it done.

This is an interesting one, and I think it's actually going to be fairly difficult. You'll have to visit 3 different gas station locations in one match. Based on the map below, these are pretty spread out which will be a lot of leg work and could lead to some frustration if you get killed on your way to the last location. 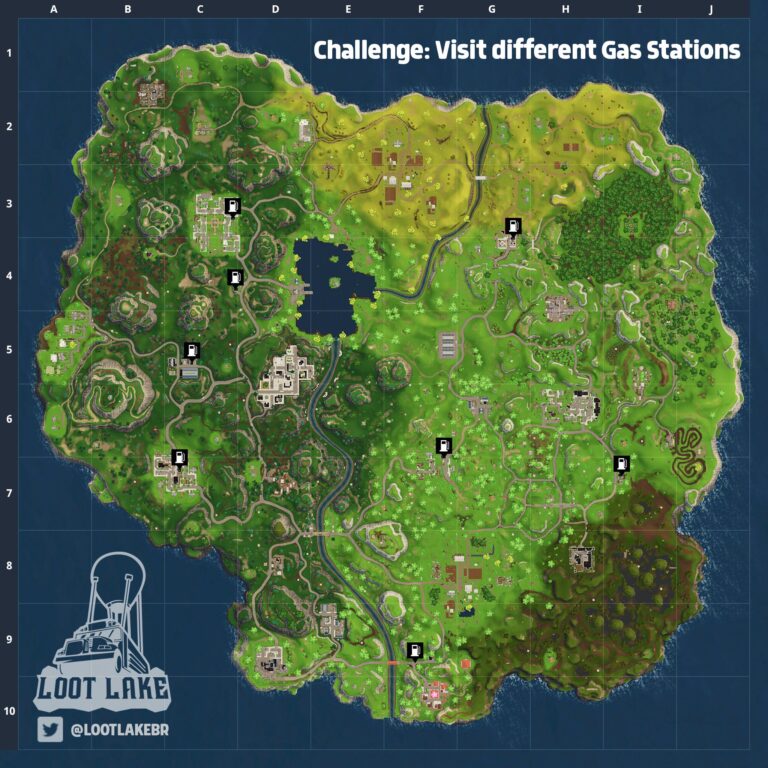 The shortest path is going to be the soccer field to the west of Tilted Towers and going north from there up into Pleasant Park. However, you might meet up with people who are rotating out of pleasant because it's a pretty hot spot for activity. The Lucky Landing gas station is a possibility, you could land there then head north into Salty Springs which is usually cleared out by then, and head east to the gas station south of Retail Row.

You'll find this little Fortnite icon just south west of Junk Junction. If you zoom in on the map at Junk Junction you'll see a sandy area that has a boulder, it's just south of that! 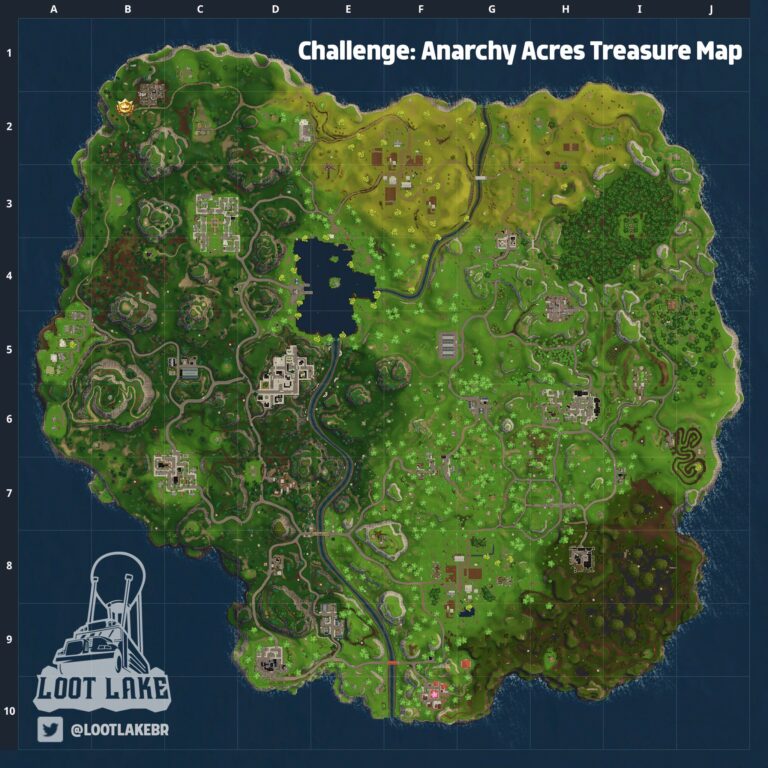 You are going to have to eliminate three different people with the pistol for this challenge. I really like the suppressed pistol and it should be your main choice if you are trying to complete this challenge. However, if you want to do the easier way, try knocking people in duo or squads and finishing them with the pistol. This has counted in the past if you are struggling to do your eliminations.

While this is going to be crazier than usual in Tilted Towers, I wouldn't say it's going to be hard. You just really need to get a gun as fast as possible and there will be so many people running around trying to pickaxe people that it should make for pretty easy shooting.