We've got a quick look at how-to quickly get your Pumpkin Coins collected for the Creative Curse challenges! If you want to nab all of those Back Board cosmetics, you will need to complete this challenge to do it.

We've got a full guide for all the Creative Curse Challenges right here!

The easiest way to collect these Pumpkin Coins is to go into a Creative match and switch one of the portals to the Reaper's Revenge Prop Hunt map. This was previously featured, but still works for collecting the coins even after it has left the featured list. The code is 4771-5227-9140, just paste it into the field where you change the destination.

You want to do this alone, or at least with friends that aren't going to try to eliminate you. If you start on the Hunters side, which is the one where you can't swap into a prop, then you'll need to go to the menu and hit Respawn. This will end the round and put you on the prop side if you're alone. You need to do this because you can't collect coins while being a Hunter. 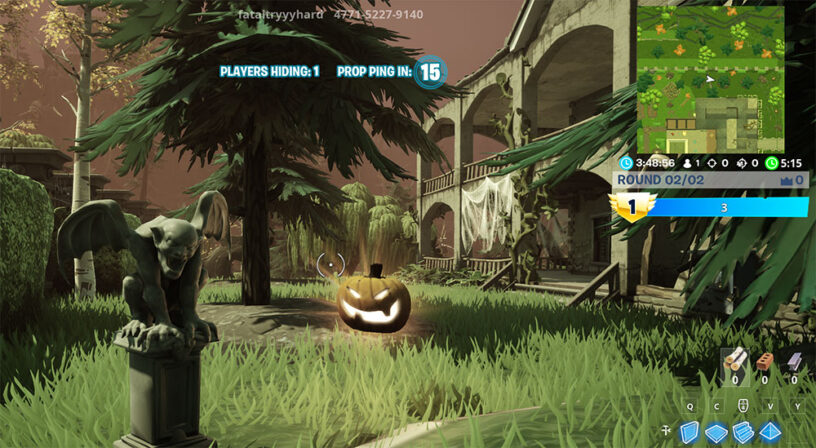 Now that you're on the prop side, you'll see Pumpkin Coins on the map before the round starts, but they will disappear when it begins. You need to wait at least a minute or two for them to reappear. There's one on the staircase in front of you where you spawn, so once that one pops up that means all of them have spawned. Run around the entire grounds area collecting them, they are pretty easy to spot and in obvious areas. Once you've done a full rotation around the mansion, go inside and collect the ones on the first floor and then the second floor. There should be enough to complete the challenge in one game, but if you come up short just restart it and do the same steps again until you're done!